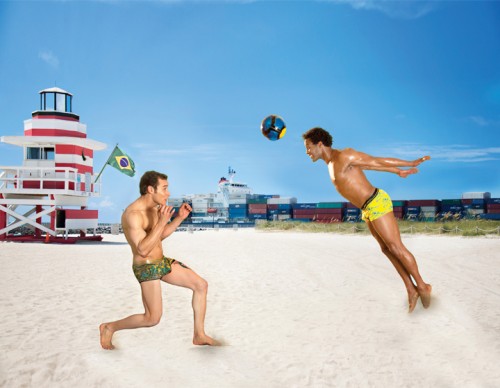 The World Cup is the hottest thing that has happened to men’s underwear this year. If you’re a fan of Soccer/Football or not, you can’t help but notice all the Brazilian themed underwear. This only will keep going till the 2016 Summer Olympic games. Ken Wroy has a new collection called “Brazil Fever.”

We wondered where they received their inspiration and they said, “We took inspirations from the pavements of Copacabana to the birds of Amazon, from the Favelas to the Jesus of Rio”

The collection is on their site now!  The pairs are the Brazil Flag, Camo-Favela, Capeira, Birdie, Copacabana and Jesus of Rio. All available in a brief, boxer brief, trunk and low rise! If you have Brazil Fever go check out the undies from Ken Wroy

What will you be wearing on Valentine’s Day