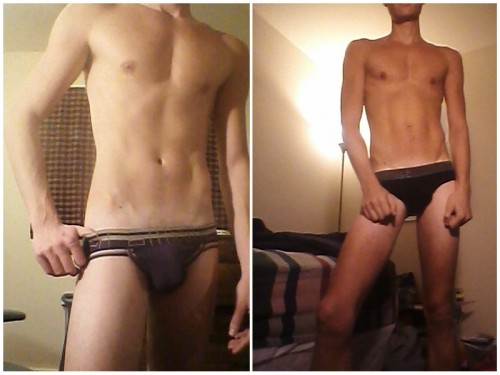 It’s official! The slang term “selfie” has officially become recognized by the Oxford English dictionary as a real word. Being that they are literally everywhere, it’s probably long overdue. Seriously, who hasn’t taken a selfie? Whether it’s a face shot sent to friends via Snapchat or striking a pose in your underwear, it may not be possible to go a day without seeing at least one selfie. If you were to visit Tumblr and simply randomly browse for two minutes, you would easily see at least 5 selfies. The internet lets anyone express him/herself instantly. It’s a beautiful thing.

Admission time: I love taking selfies, especially in my underwear. Some may ask why. Why would you want to share what many would consider to be a man’s most private article of clothing? The reason is two fold. First, I love underwear. I take pride in my undies and I am picky about what I wear under my pants. I don’t mind showing my undies to others as in the end, we are a community of underwear fans. I see nothing wrong with showing off and showing what I’m wearing on a given day.

The other reason I love taking selfies? There is an unexplainable thrill in striking a pose and showing off what you got covering your junk. The internet has the planet connected more than it has even been and we as a planet become closer each day. As a result, anyone can play model at any time in the comfort of their own homes. Each photo is a blank canvass and by simply pressing “submit” on a social media site, you can show the world what you got. I will personally use my selfies as self motivation within the gym as over time I can gauge my fitness results verses my goals.
I don’t actively seek praise from others that see my self pics. I see them as expression and each person is entitled to their own viewpoints. Now that you have heard my views regarding selfies, I encourage you to give underwear selfies a chance. We at UNB also have the Fan of the Month campaign to encourage all men to show their undies. Give it a shot. You really have nothing to lose.