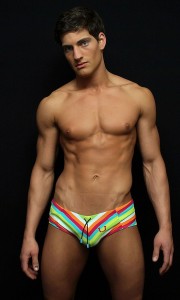 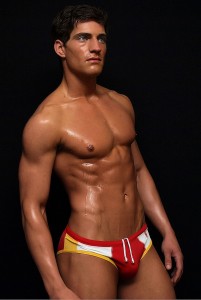 Are you tired of boys in board shorts? You want to see or show more skin on the beach? Well you maybe in luck! The Speedo maybe making a coming back to a beach near you!

The reasons we say this is because the London Telegraph is reporting that there is a 400% increase in people searching for “Speedo” on the net.This could be a sign that the swim briefs are making a come back. Here is the States, outside of competitive swimming the market was primarily gay and it was always a small percentage of the market. The general population never really wore them, not like in other countries. Europe, Brazil and Australia have all worn speedo regardless of sexual orientation. I think the man problem here in the states is they were deemed “gay.” So the general population never fully embraced them.

I remember wearing my speedos back in the day. They were fun, I think my favorite pair was this competition cut by Speedo with the US flag on the front. I loved those and I think I still have them. My other favorite was from LA Sporting Club, and were just a black bikini and I virtually wore them till they couldn’t be worn any more! 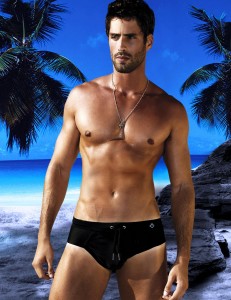 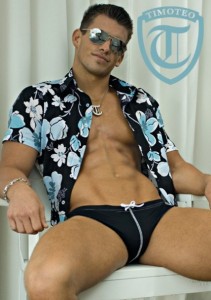 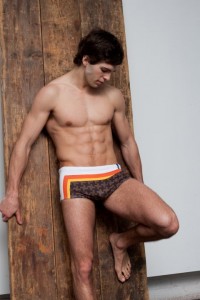 If you look at some of the new lines you may actually see this. Many of the brands we deal with have swim briefs aka Speedos. The prime example of this is Andrew Christian. He has come out with the Show-It and Flashback lines in briefs. He’s never stayed away from the style. Timoteo is another brand that has some great swim briefs as well. I have seen a trend that more and more swimwear is becoming very body conscious. The perfect example of this is Skmpeez, they are a company in the last few years and have several cuts and the board shorts are still a briefer cut then most.

Take our  Swimwear Guide fro example, there were plenty of swim briefs. I think more and more companies will come out with the style. It was huge in the 90’s and a lot of guys wore them. Then the 2000’s hit and board shorts became big in the mens’ swimwear market. Even the gay market turned away from the swim brief. They have moved towards square cut or trunk style or even board shorts.

In the article they had a major UK retailer talk about the swimwear is reflecting what’s going on in underwear. People are going from boxers to trunks, from trunks to briefs and so on. So when guys go for swimwear they are doing the same. In the states even straight guys are paying attention to undies. They are getting pairs for comfort and fashion. I think this will start to carry over to swimwear as well, but I don’t think we’ll see a big increase in speedos here. Over the next few years I think we’ll see more and more different types of swimwear be acceptable on the US Beaches.

My question is this, I see this happening in UK and Europe, but the US has been so conservative in it’s swimwear and even underwear. The last few years we have had major strides in underwear by all guys. Gone are the days of the White/Gray/Black and in just briefs and boxer briefs. Now we have color, different styles and even enhancing pairs. If you live in the states I would love to know if you have worn a speedo? If not would you? Or why wouldn’t you consider them?