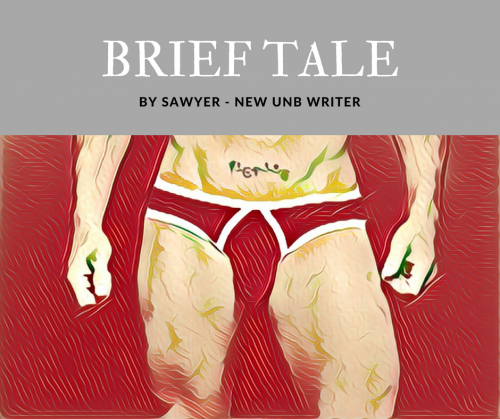 One of our newest writers is Sawyer. This is his journey into how he discovered underwear.

My story started when I was about 19 and was in need of some new underwear. I was tall and skinny, which I still am. The whitey tighties didn’t fit well because they would come up to my belly button or higher. I lived in what some may call a rural area and still do. This was before e-bay and the internet so the options were limited to Meijer,

Wal-Mart, and JCPenney, I went to search my options and bought a 5 pack of Faded Glory bikini style underwear from Wal-Mart. They were the first pair of underwear that had a decent fit for someone of my build. Then I tried the string bikini cut Fruit of the Looms and my appreciation of better fitting and feeling underwear began. After a few years of wearing the bikini style underwear, I got up enough nerve to buy a thong to try. Since then I have also tried boxer briefs and boxers.

The first pairs of underwear I bought did change what I like and look for in underwear. I want a pair that fits well. A good fitting pair of underwear can change your mood, give you confidence, makes you feel sexy, and so on.

Faded Glory and a few other brands have disappeared out of the big box stores. Sometimes they have a replacement brand depending on what city you are in. Until I found UNB, I was unaware of the various brands of underwear. I only knew of a couple and the imports from China on ebay. But, I have since moved from the big box store brands to other brands like Bodyaware and Cocksox. UNB has opened up a whole new world of underwear to try that I never knew existed..

I had a friend in college that I knew wore bikini style underwear. Knowing that he wore them gave me the confidence to try something other than whitey tighties. Once I ran into a friend while buying some new underwear when I first started buying something other than whitey tighties and she gave me her opinion on what she liked to see men wear. So that has always stuck in my mind.