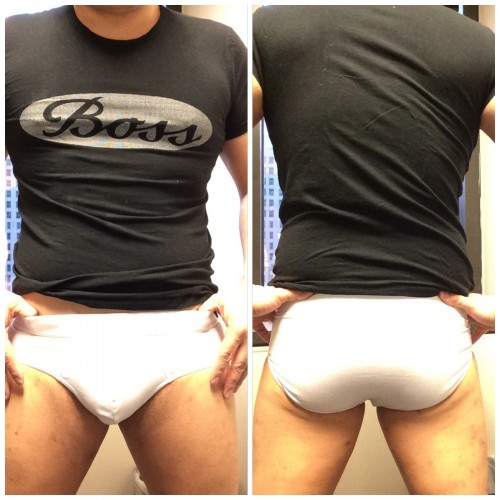 Have you ever been walking down the main shopping thoroughfare of a mid-sized Scandanavian city only to find yourself caught amdist a wintry downpour of freezing rain and light snow?

Of course you have. Who hasn’t?

Well this recently happened to me when I was in Sweden, and I had to duck into a local department store to wait the weather out. It was also a good excuse to engage in one of my favorite activities when I’m abroad: checking out the local underwear scene.

As I perused the aisles. Vividly imagining what Alexander Skarsgard would look like in all of the underwear offerings. I came across a brand I hadn’t seen before: Bread & Boxers. Despite the name, the stark white package in front of me had my favorite word in the whole world emblazoned on the bar code sticker: “brief”.

Everything about the package seemed intriguing. The spare packaging without an overload of graphics promised a garment that was so awesome that it didn’t need a half-naked dude on the package. But it also suggested that the garment itself would be as basic as the packaging. So, with my mind swimming with curiosity. I picked up two pairs the briefs (one white, one grey), headed towards the register. Handed my krona over to the cashier and then towards the exit.

As I left the Ahlens department store, the rain suddenly tapered off. Almost as if God herself arranged the weather 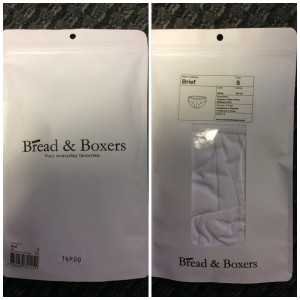 interlude, so that I could discover and buy this brand of underwear.

When I returned to the states, I unpacked the brief and set them aside. It would be another pair that would enter the queue; not unlike dozens of other impulse underwear buys strewn across my bedroom. I did happen to notice it the other day, however, still clad in a package that is so spartan. I lovingly picked it up, pulled out the brief and put them on for a day of work. They made it through the day reasonably well.

The fact that they’re designed by Swedes isn’t a shock. They reflect that milieu of Scandanavian design concepts: spare, modern, elegant. As for the wear, they didn’t really stand out as anything either very good or very bad. They just were. For an undergarment on a workday, I’d say they were successful in that they supported me in a way that wasn’t a distraction.

Construction-wise, The brief is 84% organic cotton and 6% elasthene. A bit of stretch is provided by the latter material. The brief is primarily comprised of a single layer of fabric, save the front, which is lined. I love when briefs are constructed of a single layer of cotton, especially white ones, since they appear semi-transparent when they are put on. The brief offers full coverage on the seat and at its narrowest, the sides are 3.75 inches. They’re a little full cut for my own tastes, but that’s just me. I’m sure other guys out there will like the sheer simplicity and ease of the garment. It’s tagless in the back, with a little brand label sewn onto the band on the left hip.

I bought them in Euro size small (I’m somewhere between a North American medium and small) and they fit snugly, but not in a tourniquet cutting off vital systems sort of way. I’d say if you’re in between sizes like I am, go up if you want to breathe a little, but go down a size if you want to be a little bit of an exhibitionist.

Since I do work in the scientific field, I did what any good investigator would do and reviewed the literature. What I find most intriguing is the origin of the brand. If you go to the about the brand page on their site, they said that the idea for these minimal briefs was born from an instance where two friends were on travel and their luggage was lost. The brand then became something that was supplied to hotels for them to provide the garments to travelers who suffered the same fate, or as their site refers to it, an extension of the mini-bar. They were offered in rooms, and were such a hit, that guests began to ask for them in stores near them, and that’s all she wrote.

In summary, I’d recommend them to someone who’s looking an elevated basic: a high end brief that is simple, yet functional.

Find this brand at the Bread and Boxers website.