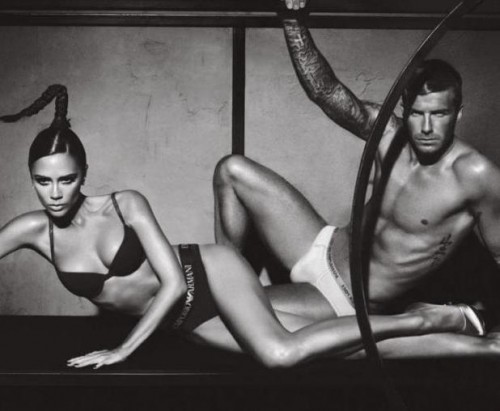 Tim: Brands I don’t think are are intentionally omitting straight guys. They are going where the sales are currently. As they see the dollar shift, which is happening right now, you will see advertising to all types of consumers. Let’s say we have you as the marketing manager of a big underwear brand. How would you bring awareness and sell underwear to a broader audience? What would be important?

Brandon: In order to reach a broader audience you really need to focus on changing the purchasing habits of consumers. 7 out of 10 pairs made for men are bought by women? I think an ad campaign that shames the (largely straight) population with that fact and presenting a look at what they’re missing would be ideal. Obviously the cost of doing so would far outweigh the new revenue from the underwear, so long as the market remains the same. For straight men, availability is key. Andrew Christian signed a deal with Nordstrom. I talked to a retail sales person at the huge Nordstrom on Michigan Ave in Chicago last summer who said the biggest repeat customers who came back in to snap up more AC stuff seemed to clearly be straight. There are plenty of men out there that would benefit from the technology offered in the underwear of many of the top brands, but consumers don’t typically go looking for something they don’t know exists. Maybe I am leading into another question here, but the way I see it, gay men provide a humongous consumer base for designer underwear brands, as do straight guys who “care”, so it’s not too difficult to think these brands like the exclusivity their products bring.

Tim: I think you are spot on with this observation. Right now the purchasing is by gay guys and women. But more and more guys are buying underwear. Which is an awesome thing. I think that blogs like ours and brands need to show guys what is out there in the world of underwear. It is a big area of market growth or any company who can reach that consumer. In an ideal world I’d love to go out on the street and give guys great pairs of underwear and have them try them. Because the truth is in the pudding as they say. Once you wear great undies you can’t imagine going back to anything else. One issue with having straight guys buying undies is the stigma that guys have that because you wear something out of the ordinary (brief, jock or thong) they get joked or branded that they are gay. This I think is one big barrier for guys who want to try undies from going out and getting them. An example of this is I had a reader years ago email me and say he had to get rid of his thongs because his then girlfriend said they were “gay.” I was like WHAT?

Tim: What would it take to get the word out to straight guys about underwear? What draws you to a brand? What Brands have you tried because of their advertising? Have you dealt with the stigma of being called or labeled gay?

Brandon: Well, as you know, I have written extensively about this topic on UNB. I think getting the word out is going to have to be incidental, maybe it’s a friend who sees me in the locker room at a pool in a pair of briefs and gets inquisitive. I think to a certain extent straight guys like myself need to be less shy and start evangelizing a bit. I have taken baby steps in that regard but I think that straight guys should be more vocal, because the bottom line is plenty of straight men out there would acknowledge that they’d like to be wearing better underwear, but as I kind of hinted at with my last answer, they just don’t know where to start.

I am rarely drawn to “the brand” because I am always interested in the style/color/overall look of a pair of underwear before I consider the brand. If I like the look of a certain brief that’s what draws me to any given pair. While this might be hard to believe, I don’t think a single ad has drawn me to a brand. I’ve always tried new things based on the look or the description of the individual pair. I was drawn to CK and 2(x)ist because of their reputation. I was drawn to Andrew Christian because initially-when he wasn’t nearly as famous, he described the “Anatomically Correct” pouch as built for men who were well endowed. That was before any of the homo-erotic videos or poster-ads became the brand’s M.O. but I can tell you if I were thinking about my first pair of A.C. briefs today, I’d be more apprehensive as a straight guy.

Sure, I’ve dealt with it in very limited terms. My dad is hypercritical of me and what I wear, look like, etc. He’s caught glimpses of my underwear from time to time and has been sure to never reserve comment. “That’s kind of gay” he’ll say but does so with sort of a smile on his face, as if he acknowledges his own status of being behind-the-times in his Jockey brand boxer shorts. Other than that, I’ve never had to deal with it really. That said, I am always conscious of “being caught” in my underwear by my friends etc because of the fear of being judged in that same way.

Underwear labels clearly don’t shy away from sexing up/playing into the gay-factor with their ads. Does the prevalence of designer underwear labels and the chiseled male models in their ad campaigns play any role in the gay male’s body image? (I know I’ve shied away from certain lines because I’ve had to pause and think, yeah that looks great on this guy with a 31″ waist, but I am too fat to pull it off…)