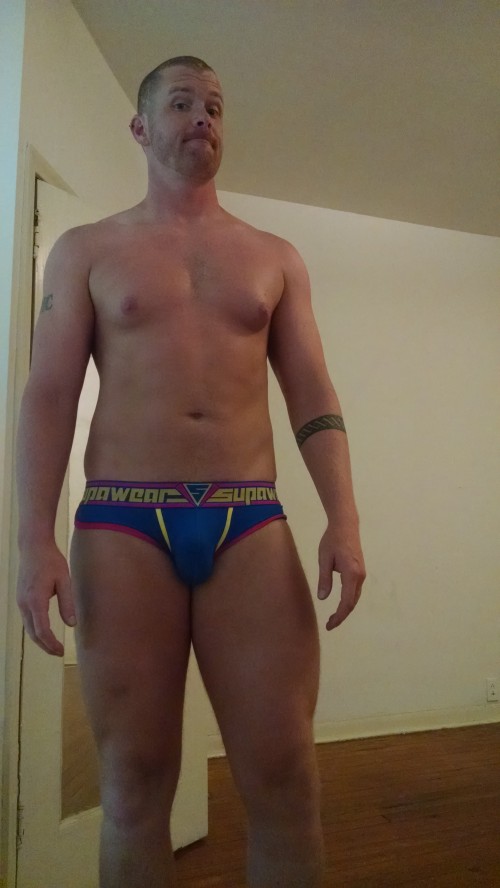 When did you first discover your love of undies?

Growing up as a kid I always wore the tighty-whiteys.  They were cheap and got the job done and I really didn’t care all that much.  The middle school locker room was the first time I ever saw that guys wore something other than white briefs.  Granted, they all mostly wore boxers, but there was a couple who wore different colored briefs (which I really never even knew existed until then) and a couple of guys who wore bikini briefs.  It was then that wanted to, at the very least, branch out from the typical white briefs.  Through constant experimentation with different styles, cuts, and colors through high school and college was when I realized that I had a bit of an underwear fetish and loved to look to see what everyone else wore.  Now, because I love underwear so much, I am picky about whom I date because ill judge him based on what underwear he wears.  Thankfully, I found a guy who I have influenced to wear some pretty amazing stuff now.  J

What style was your favorite when you started to love underwear (boxer brief, brief, jock, thong or etc)

I went through different phases in my life with what I liked to wear.  I first branched out with the bikini birefs in middle school and high school.  When I went to college, I had the mindset that I needed to “butch it up a tad” and wore mostly boxer briefs.  Towards the end of college when I had my own place I went back to bikinis.  When I joined the Marine Corps, I went back to boxer briefs temporarily until then wearing a mixture of trunks, bikinis, briefs, and the occasional thong.  I also started working out a lot at the gym while in the military and always wore jockstraps while working out.

When you bought you first pair of underwear what brand and style was it?

Although I was nervous buying new underwear since I considered it a private matter of sorts, I bought a generic 6-pack of different colored bikini briefs.  For some reason I cant remember the name of the brand, but I know its not still around today.  It was then that I knew I could never wear the boring white briefs ever again.

What influenced your underwear buying habits when you first started your passion (catalogues, internet or friends)

Without a doubt, the internet influenced me the most.  When I was in my teens and logged into AOL, I would love searching different clothing stores for what type of underwear they sold.  I never bought anything online until I had moved out of my parents house because I didn’t want them knowing that I was looking at guys in their underwear online all the time.

Are there any brands you had to have when you started buying?  Did you ever get a pair?

The first brand name I can remember really wanting to buy in the early 2000’s was 2xist.  At the time, I considered them the sexiest underwear you could buy.  I ended up buying 2 pairs of their pima cotton boxer briefs in black.  That was the first time I ever had anything that wasn’t 100% normal cotton, and I loved it.

Did your first pair still influence the styles you wear today?

Of course, it made me want to try even more different fabrics to see how they felt.

What is your favorite style today?

My drawers (all 3 of them) consist of about 70% briefs and bikinis, 15% boxer briefs and trunks, and 15% jocks and thongs.  A totally separate drawer is full of swimsuits, but that’s a different story.

Who are you favorite brands now?

Nowadays, I am really liking some of the Australian brands out there, especially cocksox, teamm8, and funky trunks.  Also, I love the cuts and colors of N2N, junk underjeans and Pump.  But honestly, if I see anything that catches my eye in terms of color, style, pattern, or anything else, regardless of the brand, then ill probably wear it.