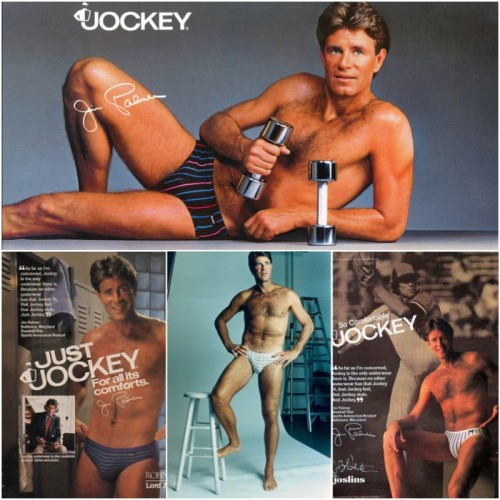 As a gay man, I have loved underwear as far back as I could remember. As a child of the 80’s, before the internet, the only sexual outlet I had was the J.C. Penny’s catalog, turning to the underwear section. I would stare at the pictures for hours and always looked forward to the new catalog coming out.

Growing up, I was stuck wearing the cheapest tightie whities my mother could find. I hated them lol. I drempt of the day I could wear something colorful, sexy and fun. To this day, Droopy tightie whities are a boner killer for me.

I remember the very first pair I purchased. The drug store in town had mens bikini briefs on sale. I had the money and for a several day I would go in and look at them. When I looked at them my heart raced, because to me, it was like buying a porn movie. (I was 8 or 9 at the time). Finally I worked up the nerve to purchase a pair. I selected a grey pair. I was flushed and my heart was pounding. Looking back at it, I really had no reason to be scared, but I was. I snuck them home and couldn’t wait to put them on.

I remember putting them on and was looking at myself in the mirror, admiring them on me, and how “brave” I was. Just then there was a knock on the bathroom door, I was being told we were going out for dinner. I immidiatly put my pants on and raced out for dinner. The entire evening all I could think of was the sexy grey bikini briefs I was wearing.

After that, I started my first “collection”. I would buy any underwear I could find, that were not tightie whities. Colored briefs, bikinis and boxers. I hid my collection in an old car my father had, thinking it would never be found. My “collection” was maybe 25 pair and I loved them.

One day I came home and found that my father had sold the old junker, and worse yet, found my “collection”. He was mad and I was scared. All my brothers and I got yelled at about the underwear he found and the box with my treasures disappeared.

As time went on, and I got my own place and started to buy my own underwear, there were no cheap tightie whities to be found.

Now, my collection numbers more than 200 pair of underwear. I have every type made now. Depending on my mood depends on what I wear. Some days boxers are the right choice. Sometimes briefs and even thongs and jocks.

My new “collection” takes up three drawers in my dresser. I also love swimwear and lycra/spandex gear. Tight running pants, leggings, compression shorts and wrestling singlet’s are a separate part of my “collection”.

Over the past 25 years, I have purchased at least 1000 pair of underwear. A lot for me, but also as gifts for boyfriends and friends. I have tried countless brands, styles and cuts and I’m always looking to try new brands and styles.

Most of my friends ask me for advice when it comes to buying underwear, and I am always willing to take them underwear shopping. It’s kind of scary that there are gay men out there who don’t put much thought in the MOST important piece of clothing a man wears.

The single most attractive thing about a man, in my opinion, is seeing a man in his underwear. It never gets old to me. When I am out and about and see a hot guy, my first thought is “what underwear is he wearing”. I always look for a hint of his choice for the day. A brief line along his butt, a boxer line on his leg, Or a hint of the waist band if he bends over.

I am glad you asked for people who follow and enjoy your website to say why they love your website, underwear and how it all started. Even if I am not part of your focus group, I just want to say thank you for having the best blog on the web.

I look forward to your future posts.