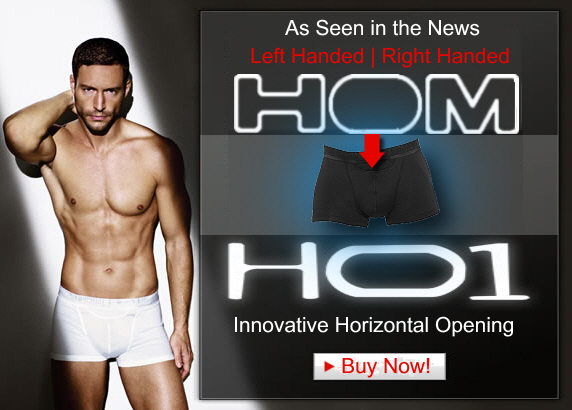 Now available at Giggleberries Mens Underwear, the HOM H01 male underwear for the left handed man, which HOM claim will on average save the left handed man up to three vital seconds when visiting the loo and avoid them having to make an awkward reach with their left hand.

The HOM patented horizontal opening is set to redress the inequality in the design function of traditional front openings on men’s underwear and that have previously only been ergonomically suited to the right handed or ambidextrous male.

The HOM H01 is no one less reason for men experiencing aching wrists.

Available in both the maxi hipster and brief and prices start from £15.50, including FREE UK Delivery and Worldwide (orders of £75 plus) Delivery.