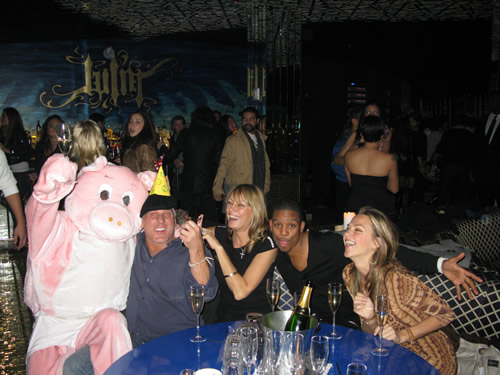 This past week at Todd English’s Juliet Supper Club in Chelsea, the party-goers that may have been anticipating another typical NYC night, were in for a surprise when a giant pink pig in tighty-whities made an appearance at the new hot spot!

Crowds gathered as models began to throw themselves at him and people lined up to take photos, while nightlife 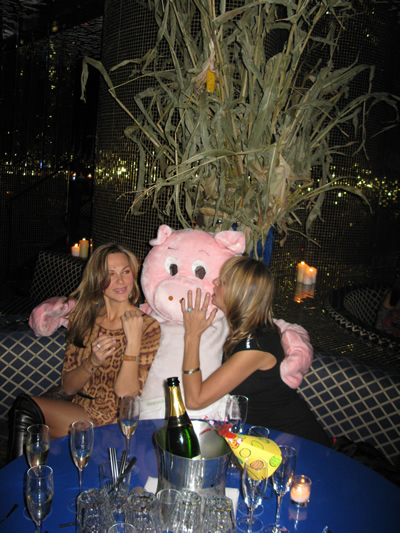 veterans like Mark Baker ushered him to their tables, pouring glasses of champagne for the pig; all throughout the club one would’ve thought Brad Pitt or Leo DiCaprio was in the center of all this attention.

It turns out, this 6-foot piggy, named Skid Milton, is underwear enthusiast and brand ambassador for cheapundies.com (a newly launched site carrying designer underwear, socks, pajamas, etc. at drastically discounted prices, which was created by the founders of Freshpair.com, leading underwear retailer on the web).

Having just arrived in NYC, Skid is on a mission to bring some underwear fun to the city and will be out on the town when you least expect it, bringing the party everywhere he goes. He will be the first official “Party Animal” of NYC, so the next time you see him – know that you are at the place to be that night!

To find out where Skid will be next, code words to say to him when he is spotted in order to win prizes, people can simply follow @SkidMilton on Twitter, and/or add “Skid Milton” as a friend on Facebook.