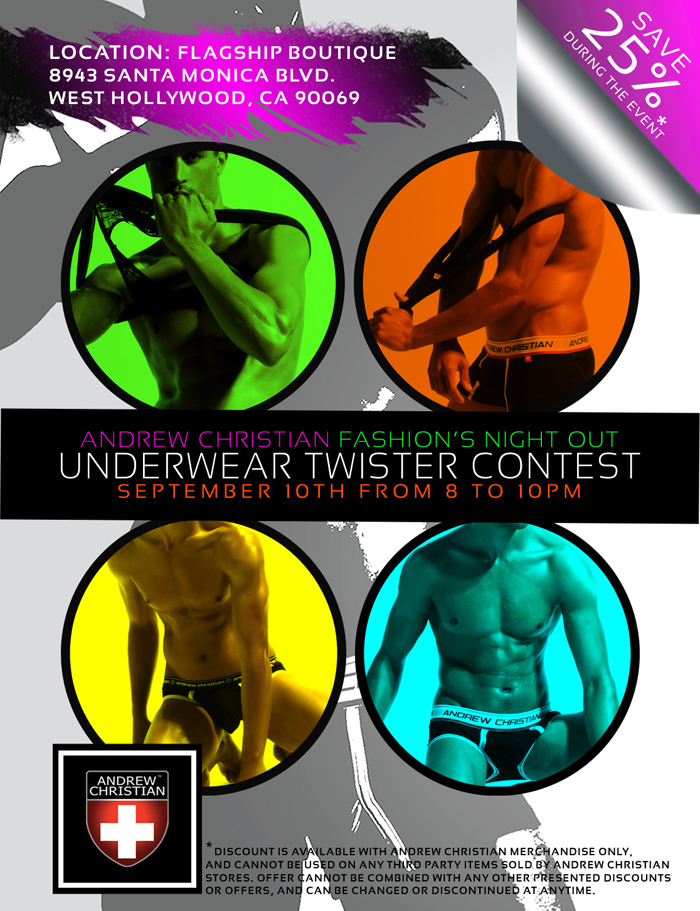 ABOUT FASHION’S NIGHT OUT: Fashion’s Night Out (FNO) is an unprecedented global initiative created to celebrate fashion, restore consumer confidence, boost the industry’s economy, and put the fun back in shopping. On September 10, in New York City and Los Angeles along with eleven other cities around the world, designers, celebrities, models, and fashion editors will stage exciting, one-of-a-kind events in stores….like the Andrew Christian Boutique in West Hollywood.
Designer Andrew Christian says, “I am honored that Vogue and the Council of Fashion Designers of America chose my store to 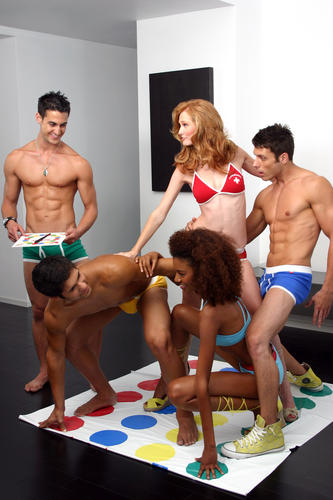 participate in this prestigious event.”

The Underwear Twister Contest will be held at the Andrew Christian Flagship Boutique on September 10, from 8 to 10 pm. located at 8943 Santa Monica Blvd. West Hollywood, CA 90069

P. S. Any Los Angeles based models, or guys that should be models, that would like to participate in the contest should contact mark@andrewchristian.com