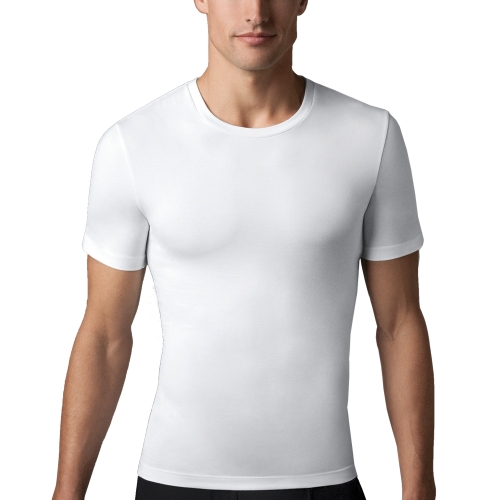 In the two years I have been doing this site, I have never had more requests than for  Spanx for Men.  It is now a reality.  Right now, they only have shirts but there are plans for more underwear coming very soon.  If you aren’t familiar with Spanx, they are a company making garments for women, and now men, to appear slimmer.  I was given the opportunity to review two different shirts: the Crew and the Tank in the Cotton Compression line.

Granted, I’m a beefy guy.  Not sure if many of you out there know that by looking at the staff information on the “Abo 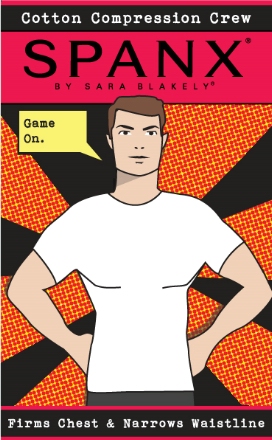 ut” page of the site.  I know underwear in general is about the new, the hot, and the now, taking into consideration how how a guy is in them.  We’ve noticed a growing interest in shape-ware, including me.  That being said, we can carry on with the review.

The first shirt to review is the Crew.  It’s basically the t-shirt of the line.  I pulled it out of the box and it looked a little small.  I thought, “Oh no.  I will have a fight getting this on.”  There is nothing worse than having to struggle while putting on your clothes.  I had a bit of  a struggle but nothing bad.

I wore the shirt to a networking event.  The first thing I noticed is that it felt like I has holding my stomach in without actually doing it.  Noticed I did look thinner.  It really surprised me.  I also noticed my posture was amazing.  In this shirt, you can’t help but stand tall, almost as if it is forcing you into the position.  I really liked it and will definitely wear it to more networking events and interviews.

There was a downside.  I think this is mainly because I am so tall.  The shirt rode up a bit in the back, sometimes noticeable, but other times not so much.  Being 6’4” (1.93 meters), this is a problem I usually face.  I’m not sure it’s a design flaw, but rather that I’m tall and no matter what, it may ride.  If someone else purchases these, let me know if you have this issue.  If this is the worst thing about the shirt, then it’s pretty much awesome.

You can pick these up at the Spanx website by looking under the heading “Spanx for Men” located on the destination bar.  Check back often as they will be releasing more underwear for men soon.  UPDATE, they were announced this week see the earlier post. These were furnished by Spanx for review