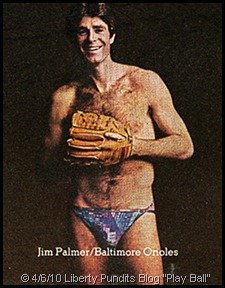 They are in magazines and they are on billboards.  When you think about it, at one point in time, they were how we knew there were new brands or designs in the stores…at least for those that weren’t able to get to the store often.

Being back in the woods, I depended on magazine ads for updates on my fetish/interest/motivation and for whatever other purpose it served.  The coolest thing wasn’t the brands being featured, but rather the new designs being created.  It was awesome to see all the color choices.

I used to sit at my grandmother’s house and look through all the magazines she had in the living room.  Most of them were the Ladies Home Journal.  To be a women’s publication, they had a good bit of men’s underwear advertisements.

Let’s look at that last statement.  Why would a company like Hanes, Fruit of the Loom, or Jockey advertise in a woman’s magazine?  That’s because for many husbands, their wives are the ones buying the underwear.  “Go to the store and pick me up a pack of underwear, will ya?”  I can hear it now. 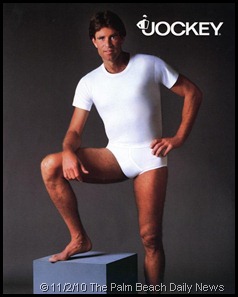 There will always be the best ads that stick into your memories.  Jim Palmer has to be one of the best underwear models in my honest opinion.  I know, there have been many that some would say have been even better.  But, right now, I can’t find the one I really loved.  The guy was hairy and burly.  I dreamed that he would jump out the ad into my living room.

Either buff, hairy, skinny, or just altogether “godly”, we pay attention and we buy the product.  We are in a time now where there are professional athletes all over the place agreeing to take part in the underwear business.  Hey, there is great money in it.  I would love to get one paycheck written to David Beckham from Armani for sitting there in a pair of their briefs.  To be honest, I would love to be the pair of briefs on him, hugging him in all the right areas.

I would love to hear which underwear ads affected you the most.  Which ones got your motor running or convinced you to go purchase those briefs or boxers advertised.  The future of underwear advertising is not clear, but the stage has been set for greatness and more photographic innovation.