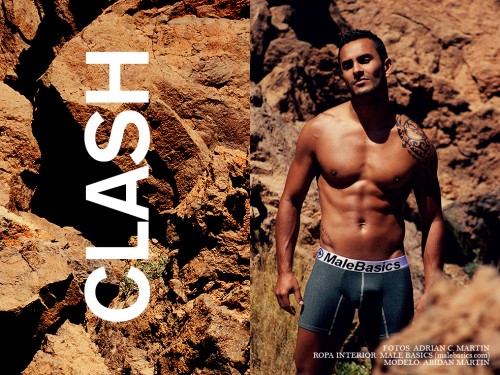 Today’s Brief Distraction is from Adrian C. Martin. “This is my new work. It features model Abidan Martin and Male Basics Underwear (malebasics.com). These photos were shot at the Teide National Park in Tenerife, Canary Islands, the same location where the last two films ‘Clash Of The Titans’ and ‘Wrath Of The Titans’ were shot.