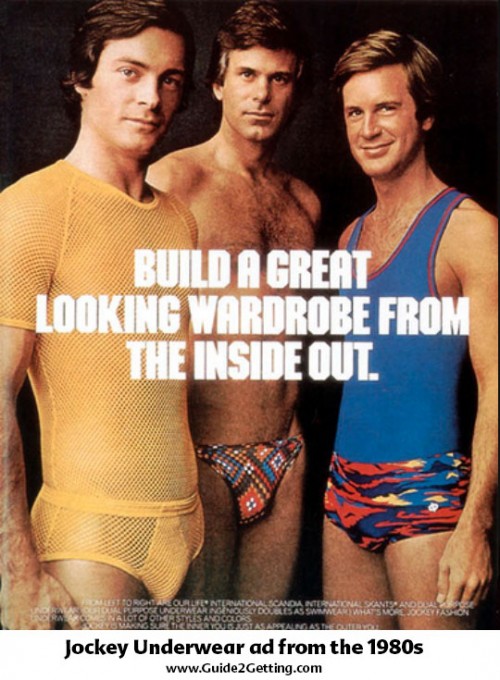 When you think of underwear advertising today, the sky is the limit! You see everything and very little can be left to the imagination. This wasn’t always the case, in the 1970’s and 80’s they wouldn’t show men wearing undies in TV commercials. If you are under 30, you may think this is totally crazy. 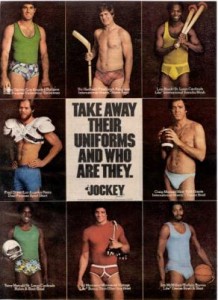 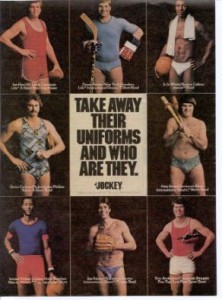 This was most evident in the “Take Their Uniforms away and Who are they?” Campaigns. From what I can find they ran it in 1976 and 1977. It was 8 different sports starts just in their undies holding their sports equipment. I was going to say balls but thought the pun was just too bad! I always wondered how they got sports stars to strip down for the camera.

The best known is one we have talked about before, Jim Palmer. He was a star of the Baltimore Oriels at the time. He started in the late 70’s and continued till the Mid 80’s. Mr. Palmer wore mainly bikinis in the ads. This was pre-boxer brief time. He did prob about 20 different ads over that time period.

Jockey has continued to use sports figures in their ads. Most recently was Tim Bebow, former NFL Quaterback. Their ads currently are not as ground breaking as these ads during the 70s.