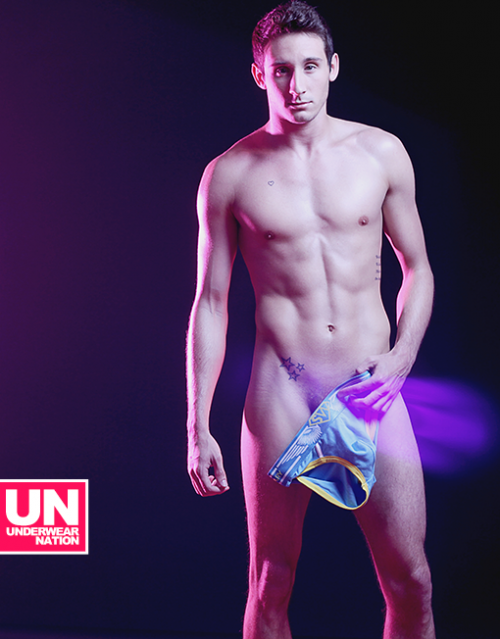 Underwear Nation is run by two amazing guys. Two guys I have met and love talking too. They have come on the underwear scene with AMAZING photography. I thought it would be great to interview Jerrad one of the Owners and photographer at Underwear Nation. Find out how they do the amazing pictures and see whats coming soon from them.

You guys came on to the underwear market in the last year, your photography has set you part, did you initially set out to do that?

Yes.  Exactly that.  The idea for Underwear Nation came about because an old friend, Todd, approached me after years apart because he had seen my photography on a blog.  He said, I want to start an underwear company with you, with your photography as the focus.  I was sold then and there. 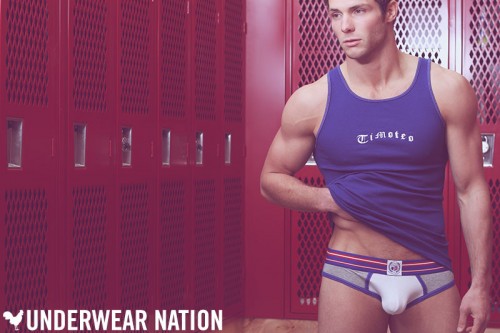 You come up with themes it seems with each month, this past one was set in a locker room, what is your creative process for the monthly theme?

Honestly… this may sound cliche, but it just comes to me.  Sometimes I think of a theme I want to shoot and we find the underwear to match the theme.  Sometimes we find underwear we can’t live without and it inspires the theme. This month we had a theme in mind leading all the way up to our underwear purchase… then we ordered the Timoteo Varsity Collection and everything changed.

Is there a theme for a shoot that was too difficult or proved to be to complex to do?

So far, as our themed issues are a relatively young idea for us, we’ve been able to keep everything pretty simple, yet sexy. So nothing too crazy has come up quite yet.  Although the more we do, the more creative and unique I’ll be forced to become. I hate repeating myself in my art.  I’m definitely looking forward to doing a duo issue with two models someday soon. 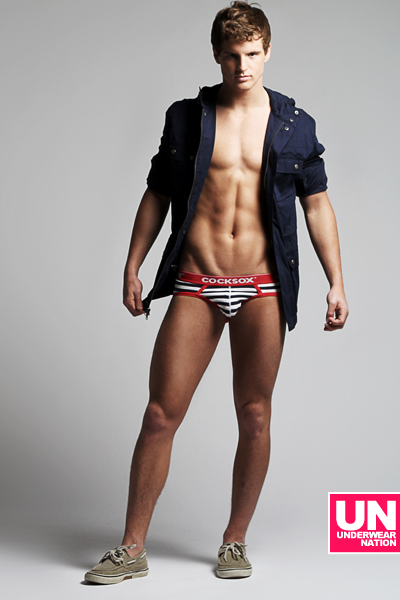 Where do you find your amazing models?

Well, it just so happens that I also own a model agency here in West Michigan where we’re based.  That helps a LOT.

Have you thought about taking your great photography and making cards or posters of them? They are literally works of art.

Awe. Thank you!  Yes, we’ve considered selling products like posters or books.  I think we wanted to get a little more material together before doing that.  But remember, our members get a collectable card from each month’s shoot included in their shipment. 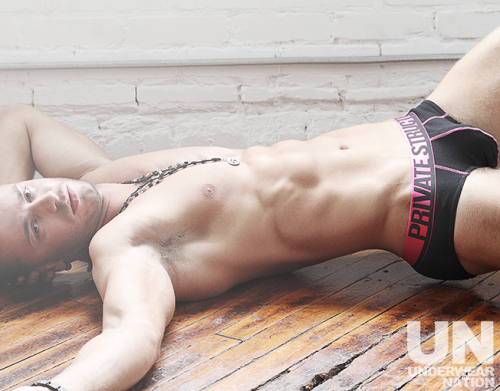 You did a find the model contest this past year, are you going to do another next year? How did the shoot with the winner go?

The shoot with the winner of last year’s Face of the Nation contest went really well!  He was fun and enthusiastic and great in front of the lens.  We will definitely be doing another contest in 2014.  We have some plans to make it even bigger and better!

What can we expect from Underwear Nation this next year?

Well, you can expect us to continue to grow.  We plan to expand our product offering even more, while still holding true to our strict standards of quality, comfort, style and fit.  We will still carefully curate every item we choose to sell, but add a lot more variety.  We may even introduce some new memberships!

Oh, and our new and improved Ambassador Program just launched! Guys who are as passionate about underwear as we are can earn real money for referring others to Underwear Nation.  They simply sign up, share their custom Ambassador Link, and start earning cash for every sale made from that link! We’re excited about the growth of that program over the next year. 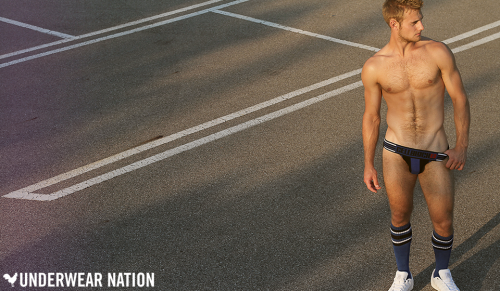