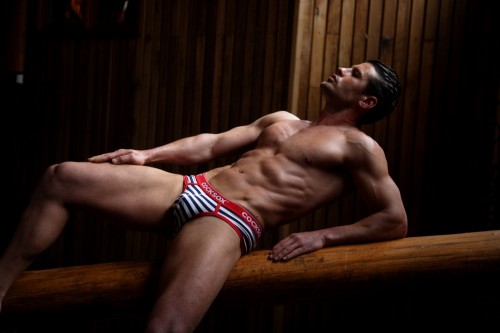 I had a reader (who shall be nameless for now) email me and he told me that he tried new underwear. While this may not be ground breaking news for many of you, but there are tons of guys out there who stick to just one style. A reader reaching out me made me super excited that we exposed a guy to some undies and he took a chance on it. They could be big boxer briefs, briefs or jock fans. They rarely try things outside of their styles.

I am the kind of guy I like a little of everything. I have underwear from thongs/g-strings to long boxer briefs. Also I have everything in between. I have not always been so open. My teens and till probably my early 30’s I wouldn’t venture outside of briefs. But once I did I didn’t look back.

So what makes you guys try something new? I think it depends on which type of underwear guy you are.

Which type of underwear guy are you?

Tried and True – You have a style and you stick to it. You know what you like and like what you know. You don’t venture out to other styles. When you go shopping you know what styles and brands you like

Dabbler – You have a main pair you like but you’re not opposed to trying something new when it strikes your eye. When you go shopping you look at your favorite style but will browse other sections and occasionally buy something outside your fav style.

Equal Opportunity Underwear wearer – You have a massive collection of everything. Your daily mood determines your underwear. When you go shopping you check out everything and could buy any style.

The Experimenter – The experimenter is one who wants the newest designs. You don’t want plain and boring and are always on the cutting edge of underwear. You want things your friends don’t have. When you go shopping you leave the boring stuff and try to find the newest colors, styles and there is on telling which you will buy

I would say I’m more of an Equal Opportunity Underwear Wearer. I am open to to any style while I prefer briefs but I won’t rule a pair out, I even have a pair of boxers I like. Let us know what type of guy you are!