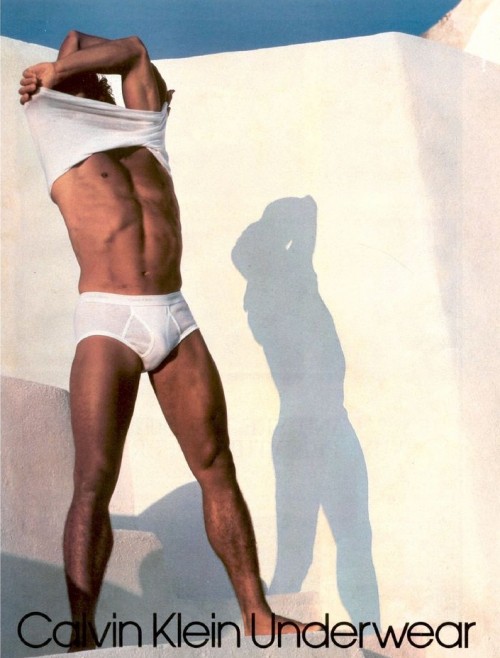 When you ask someone about the evolution of men’s designer underwear, there’s really only one name that should spring to mind as the starting point, the foundation: Calvin Klein. Back before Andrew Christian was a gleam in his parents’ eyes, before people knew how to pronounce 2(x)ist or C-IN2, when AussieBum was just the name for an Australian guy’s butt; Calvin Klein was gracing the cover of Vogue magazine and forging his own empire. In September of 1969, only a year after releasing his first clothing line, Calvin Klein was featured on the cover of the iconic fashion magazine, and even though it would be another ten years before he would venture into the men’s underwear scene, things were about to change.

In today’s world of men’s designer underwear, it’s hard to tell where things got started. There seems to be a new style every week, straps are added and subtracted at will, colors and prints come and go with seasons; but you can trace everything we have to choose from now back to the revolution that happened in the 80s and 90s, and Calvin Klein was at the forefront of that revolution. Up until that point men’s underwear was simply an item of necessity, but the emergence of designer underwear made it sexy. Full-cut briefs gave way to sleeker, more European-inspired styles with high cut legs and less coverage. Boxer briefs became wardrobe staples. Colors and prints became huge selling points. Men’s underwear was no longer something to be kept hidden, and the new styles, prints, and colors were almost daring men to show them off.

Marketing also played a huge role in the emergence of men’s designer underwear, and perhaps the most recognizable marketing campaign was Calvin Klein’s partnership with rapper/model/actor Mark Wahlberg (then, Marky Mark). Many other stars have followed, but Mark Wahlberg’s ads seem to be the ones that have stuck with everyone the most. Calvin Klein had made men’s underwear sexy and appealing, but Mark Wahlberg made it cool. Calvin Klein is no stranger to scandalous, provocative, scantily clad advertisements, and has actually gotten into some trouble over some in the past, but that kind of “in your face” marketing got everyone’s attention. If underwear wasn’t something men were talking about, Mark Wahlberg’s partnership with Calvin Klein got them talking. All of a sudden, men’s underwear was here to stay, and Calvin Klein brought it to us.

In the years that followed, other brands popped up to leave their mark on the underwear industry, but Calvin Klein has always remained a staple. Calvin Klein seems to have always operated under the “if it’s not broken, don’t fix it” rule. While other brands are certainly more innovative, more daring, the classic simplicity of Calvin Klein underwear has always persisted, and still holds true today. Calvin Klein underwear has grown from the basic black and white that it started as to include multiple different lines, colors, fabrics, and prints, but their styles have always stayed remarkably consistent. The Steel line has been one of my favorites and has included a great selection of colors over the years; and their Body line should be a staple in any man’s underwear drawer. You’re pretty hard pressed to find a Calvin Klein jockstrap or thong these days, but they existed for a while, and they’re still out there if you know where to find them.

In September of 1969, when Calvin Klein appeared on the cover of Vogue magazine, his brand was a fledgling company, barely past infancy. No one could have known 45 years ago that his company would have made the impact on the underwear scene as it has today. It wasn’t always an easy ride for the Calvin Klein brand, facing economic troubles, failed product lines, and ever-growing market competition; but I think every other designer underwear company out there today owes a great debt of gratitude towards Calvin Klein for not only designing sexy underwear, but for bringing it to everyone’s attention. Would men’s underwear have evolved without Calvin Klein? Probably. But at the same time, we might not be where we are today. I’m pretty pleased with how far underwear has come, and I’m certain that I’ll enjoy the ride as men’s underwear continues to evolve.