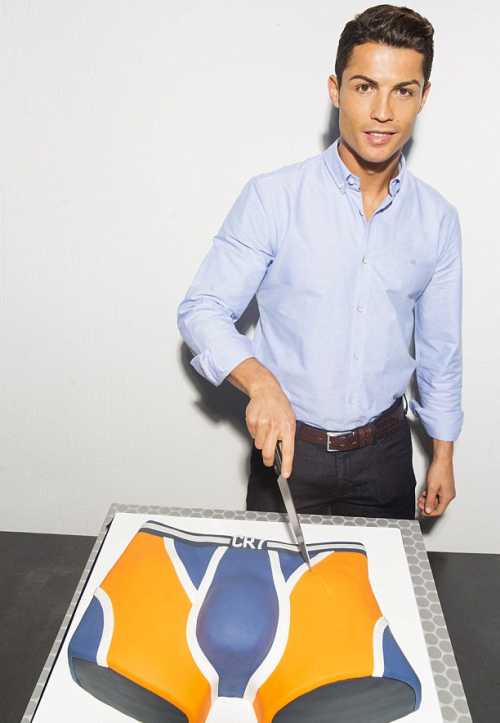 It’s hard to believe that CR7 underwear is celebrating one year! I swear I feel like the brand has been around longer than just one year. CR7 was founded by Cristiano Ronaldo and New York-based designer Richard Chai. “Everything from the making of the various styles, the colors and the fabric has been taken into consideration by the football player and designer. ”

When first released I think many thought he was following the footsteps of David Beckham. However, after seeing the collection he has put his own style influence in the underwear. Unlike David Beckham, who’s collection is rather plain in the color department. CR7 has gone the other direction with color. They aren’t afraid and make amazing colors and stripes. Which I think is a great thing!

We have reviewed CR7 and it’s scored really well. Our Reviewer Tim said it was one of his favorite he’s reviewed for UNB. To celebrate their anniversary they are releasing a multiple set of 2-pack trunks or  4-pack socks. Check out all the pairs on the CR7 website.