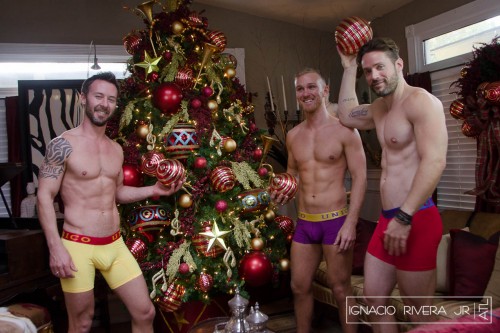 When you think of Holiday gifts, underwear is given a bad wrap. Remember when we would hurriedly run down and open our presents on Christmas Day and you’d eventually get to that present with underwear and go UGH, and throw it aside and try to forget it? Flash forward to know and I think just about every one reading this blog would love to get underwear! But the question is would you give underwear as a gift?

Underwear is one of the most personal gifts you can give someone. So many people won’t buy underwear for their friends, usually just their boyfriend/husband. Giving it to a friend could send a wrong message to them, since it’s not a regular thing to give anyone outside of dating. But, what if you want underwear for Christmas? How do you go about getting underwear? We have suggestions:

Here are a few suggestions, we’d love to hear how you broach the subject with friends. Post comments or let us know in our social!