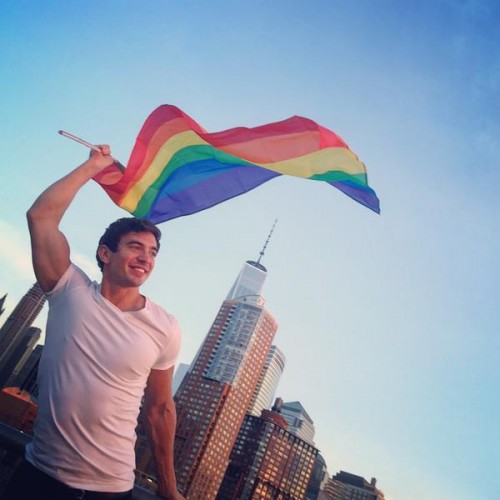 We have to thank Steve Grand for doing this interview with us. He is an amazing guy to take time out of his busy schedule to answer these questions!

You are no stranger to swim briefs, you have posted a few pics in them on instagram. You look great in them. You are one of few public figures wearing them. How long have you been wearing them?

Thanks! I was on the swim team as a kid so I’ve had the occasion to wear them since then. I started to wear them recreationally some of the time after I graduated from high school.

What makes you choose swim briefs over other types of swimwear?

I like wearing all kinds of swimwear.  I think there is a time and place for it all. I like a nice, fitted, solid colored trunk when I’m in the mood for a more classic, stylish look.  Other times, its summer in Chicago and I’m on the boats with my friends and it’s not so important for me to look stylish or modest.  I wear a higher cut brief because I like the way I look and feel in them. I do it for myself.  I have a rectangular shaped body, meaning that my shoulders, hips, and waist are all about the same size. I may be totally wrong on this, but higher cut briefs seem to help give me some shape and separation between my torso and my legs.  My upper thighs are pretty large, so wearing a high cut brief seems to help to emphasize my legs and detract from my wide hips.  But I’m no expert on this, it can just be my own warped perception causing me to see myself this way lol. 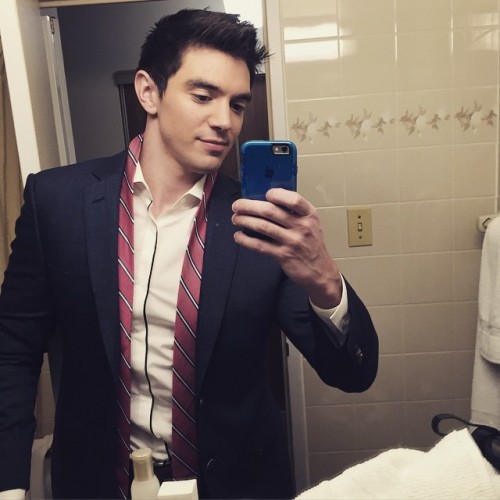 Has your celebrity status ever made you think twice about wearing a swim brief in pubic?

Well I’m not sure I can be considered a celebrity at this level, but yes, to some small degree I’m a public figure. I’m aware that, when I wear that kind of swimwear, there is potential for some of the blogs to pick it up, and most of the time I’m not looking for all that kind of attention specifically so it probably does, to some degree, factor in
to my decision to wear briefs, but at the end of the day, I still have to live my life and sometimes just do what I want without worrying about what other people may say.

How do you feel about the media coverage you receive when you post a pic in a brief?

It’s all in good fun and I don’t take it too seriously. I don’t ask anyone to post those kinds of things but it does create the possibility that someone, who was unaware of me before, ends up becoming a fan, buys music, and attends a live performance, which is how I make money to eat and pay my bills. So I have to be happy for that reason.

Though one probably wouldn’t draw this conclusion if their only source of information about me is some of these sites, I’ve done more interesting things (I think) in these last 2 years than stand on a boat in a little bathing suit with my friends: I have managed to carve my own unique path as an out artist by jump-starting my career with a self-produced, self-financed viral music video. I have since traveled all over the world to perform my original music and giving talks on LGBTQ issues. I’ve been on national television multiple times. I have been interviewed by people like Larry King. I ran the 3rd most successful music Kickstarter of all time. My independently released debut album “All-American Boy” sold over 10,000 copies in the first week and made it the 3rd best selling independent album that week. Best of all, I have been able to connect with people in the unique way only singer/songwriters can. I have sat with the people who have been moved and positively affected by my presence as an out artist making the kind of music I do.

I don’t expect most people to care about any of that, but for those of you at all interested in any part of my journey, I suggest you follow me on my social media accounts (listed below). You will get a more accurate, multi-dimensional look at my life and work that way. :

In your pictures I think one of the briefs was Andrew Christian, do you have any favorite brands you like to wear? 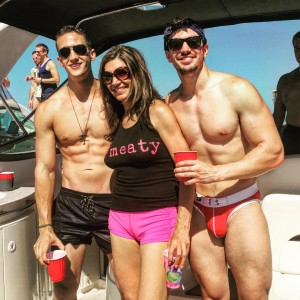 I like all different kinds! I haven’t received any compensation or cross promotion for the brands I’ve worn, but maybe I should start, with all the press this has gotten 😉

Has anyone in social media or in person giving you a hard time about wearing them, either in general or in public?

I try not to pay too much attention. At some point in life it’s important to realize that no matter what you do, people are going to have something to say about it so you may as well do/wear what makes you happy. I’ve seen a small number of gay men criticize my choice of swimwear for being immodest and ‘stereotypically gay.’ People are entitled to feel however they feel, but again, I wear what I wear for me and not for them; because it makes me feel good. I’m not looking for everyone’s approval all of the time. There is a time and place for modesty, but, for me at least, a hot summer day in Chicago, on a boat with a bunch of other gay dudes is not one of them.  And frankly I don’t care what some may consider to be a gay stereotype or not, and anyone using that as some kind of jab is probably grappling with their own internalized homophobia. I wear what makes me happy.

What would you say to a guy who maybe on the fence on wearing them? Should he or shouldn’t he?

I would say: do what makes you happy and don’t be so worried about everyone else. Remember that everyone is far more concerned with what is going on in their own world than what you are wearing.  Some people like them, and some people don’t.  I think because it has traditionally been seen as a taboo, the guys that do wear them, and wear them well, are seen to be more confident. And confidence always makes a person more sexy. 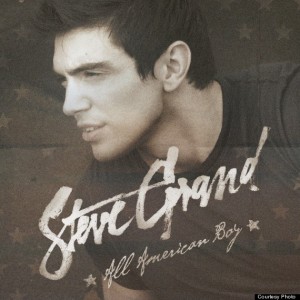 Tell our readers where to find you online?

NOTE: Go get All American Boy at iTunes, Google Play, Amazon and other music retailers. It’s an amazing album! Follow Steve on his social media. We know he’s going to keep getting bigger and bigger! He’s an amazing guy! He was super nice and a joy to interview!