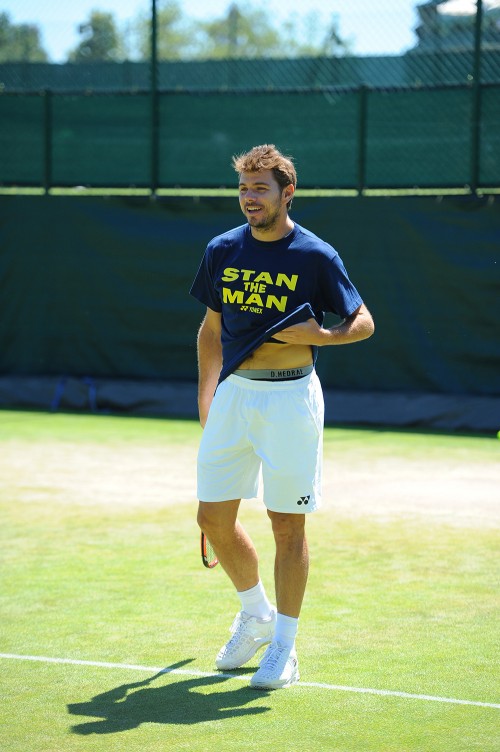 The temperature on Wimbledon’s Centre Court may be hitting over 100F/40c today but it’s also getting hot off-court as Stan Wawrinka is revealed as one of the sports stars to pose fully nude in ESPN’s Body Issue!

Later this month the Swiss tennis ace will also be shooting an underwear campaign for Italian brand D.HEDRAL, celebrating his strength and masculinity. The campaign will launch in September to coincide with the US Tennis Open.
Tennis rivalry also head off-court as Stan will be going head-to-head against Rafael Nadal who will be fronting the underwear campaign for Tommy Hilfiger!