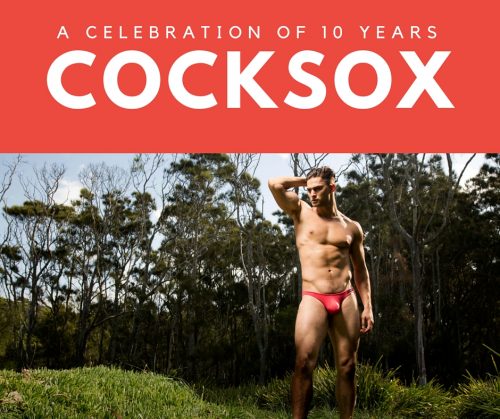 It’s hard to believe that Cocksox has been around 10 years! This week marks their anniversary. We at UNB have to say it couldn’t happen to a nicer brand. I have a long history with the brand. They are in my top 5 pouches of all time. Also, they have been amazing friends to UNB over the years.

In the world of underwear, being around 10 years is an amazing accomplishment. I occasionally look through old pictures and lists. There are more brands that are not around when UNB started. Than there are currently in business. When they came on the scene in 2006. I UNB was still a dream for me. I wrote for another underwear blog, that has since folded, and got my first pair of CX01 bikinis. It blew my mind. The pouch was the most amazing thing ever.

Over the next 10 years, they would branch out into more than the amazing CX01 Bikini. Over the last few years we have seen so much creativity from Cocksox. My personal favorites have been the fuschia cxo1 and the Leopard Jockstrap.  But really my list could go on and on. I have tried every style they have in underwear. Each of them fit great.

Let’s talk about that pouch. It still amazes me 10 years later that they have such an amazing pouch. There are no straps, contraptions or tricks to it. Its a natural fitting pouch that shows off everything you have. The first time I put them on I felt like the pouch was made just for me. Almost like it was a custom pair of underwear! Over the years they have refined the pouch, such as the CSX line. It was made not to have such an enhancing effect. 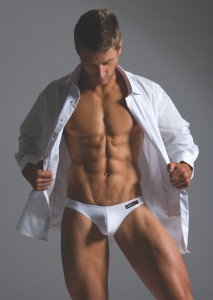