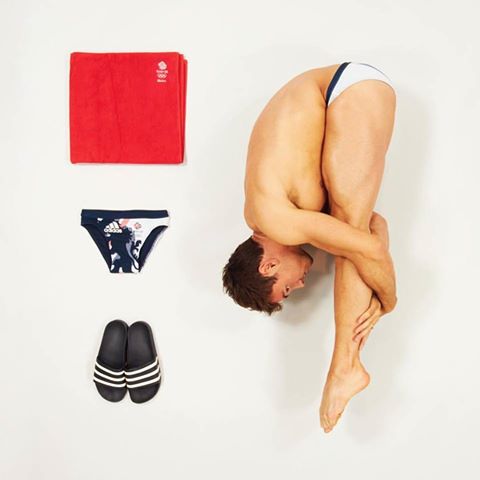 The Olympics have gone into the history books. Michael Phelps is in the record books again and said he has retired from the sport. Usain Bolt proved he’s the fastest man on earth and has retired. Ryan Lotche…well we’ll just leave that right there. But one Olympian stands out to me, well for the purpose of being the spokesperson of an Underwear/Swimwear brand. That athlete is Tom Daley

I watched him dive in the preliminaries of the men’s 10 Meter. He was kicking butt. It was sure he was going to get the gold. He was blowing everyone out of the water. Then.. things didn’t go so well in the semi-finals. He got knocked out of the finals. He had an off day and nothing was meshing. We all have those sort of days, but for an Olympic Athlete, those days are much worse. He’ll have to wait four years till the next Olympics in Tokyo to go for gold. I think he’s one of the best divers in the sport.

Why do I pick Tom Daley to be the new face of an underwear/Swimwear brand? First, he has the look. Being a diver he has the body to model any style of underwear. Dare I say from trunks to thongs. And everything in between. Next, he’s had experience in front of the camera. He does a calendar each year and is familiar with shoots and how to look great in front of the camera. Lastly, we’ve seen him in small Adidas swim briefs on TV. This means he isn’t afraid to be seen in skimpy gear.

On top of those things, Tom can be articulate. He can speak in front of a camera and not come off as a “jock.” Meaning that he can talk more than just about his sport. His videos on his YouTube channel are awesome. He has a great personality and is a natural in front of the camera.

Brands that I think he would be great for a few brands. Classic brands the one that comes to mind is CK. CK is no stranger to having athletes in their ads. Possibly, 2(X)ist, although I don’t remember them ever having a celebrity spokesperson. As for other brands: HOM, Olaf Benz, Bruno Banani, Timoteo, and the list goes on and on. But the question is would he do it?

I know there are many of you out there who think the same. Tom won our poll about which Diver should be an underwear spokesperson. In fact, he won by a large margin. Which other Summer Games athlete would you like to see an underwear company work with? Post in the comments or let us know on social!