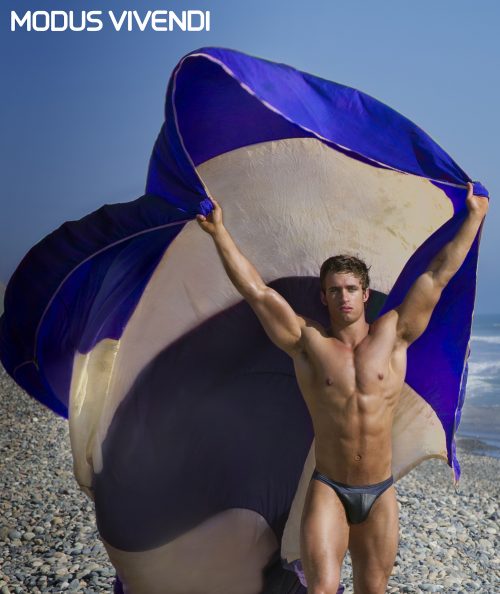 The line features a subtle combination of two top-quality fabrics. Indigo denim and perforated leather look panels are meticulously combined to create strong, warm designs that are tipped to become best sellers. The underwear is in four distinctive styles: low cut briefs, backless briefs, jockstraps and boxer briefs. The athleisure segment of the line comprises a stylish tanktop, unique reversible pants and a hoodie. All the essentials!

The photographic campaign was created in San Onofre, California. Modus Vivendi again called on the highly talented American photographer Tom Cullis, who created some very powerful images inspired by the fabrics of the line and the indigo dyeing process. Up and coming model Robert Barker presents the new designs in this dramatic, masculine and sexy campaign. We hope you like as much as we do!