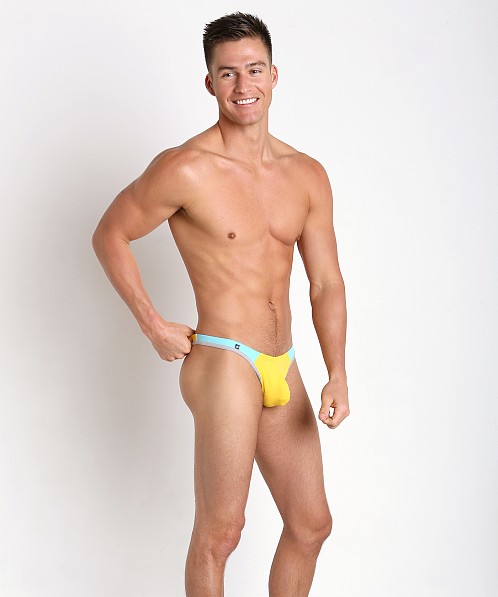 We are working on a few things for thongs. We have seen a big take off in guys wearing thongs, gay/straight, it doesn’t matter. This week International Jock sent out an email that “Thongs aren’t your Dad’s Underwear.” I was like “OH SNAP!” International Jock is embracing the thong and starting to push it as well.

While not my favorite style, a lot of you guys are starting to wear them and not look back. This is amazing for underwear. It’s having guys try something new and liking it. Thongs in the past of men’s underwear have been like the step child of underwear. It was relegated to the back pages of adult magazines and no “gentleman” would wear such apparel.

Those days are gone. Thank god! Now thongs are being sold online and in major department stores. And by big brands such as Calvin Klien and 2(X)ist. We will see them grow even more this year. They were a little under the radar last year, but this year it’s going to be a full on thong year.

How do I know it’s taking off. Well, three of our biggest thong fans are straight. And they are huge fans of the style. More guys I talk too through UNB also profess their love of thongs. And, many of you are starting to share that love online with others.

I want personally thank International Jock for sending out an email focused on thongs. International Jock has always had really fun gear and promoted many great undies throughout the years. They aren’t just pushing a few thongs. They have one of the largest thong collections of any store on the net. From traditional to strings and everything in between. They have it. If you can’t find a thong you love there, it’s not made.

Head over to the International Jock and see their Thong Page. I think you will be amazed.