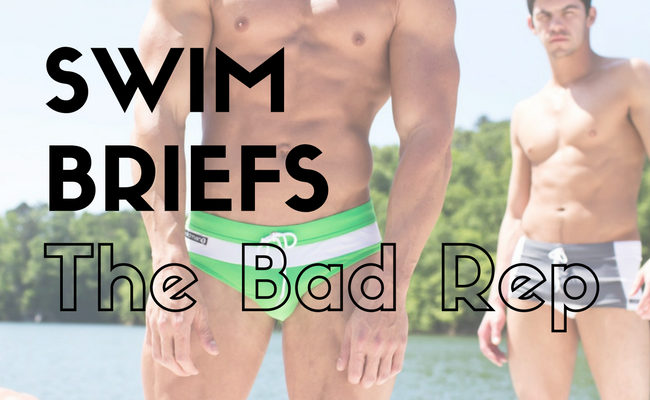 Groundhog Phil says 6 more weeks of winter, but swim brief season is on my mind. We know swim briefs truly do not have a good reputation. This is especially so in the United States. Most representation of them are used to make people laugh. The photos that are passed around include one liner jokes. Movies use them to get a laugh, which I’ve noticed in a lot of kids movies lately. Videos posted online are of someone losing a bet, doing a dare, or think they are just being funny. These instances are definitely not helping the swim brief reputation.

Did swim briefs really just get a bad rep because of one hump? Women are praised for showing as much as they can including their humps. Is the male reproductive organ that shameful that it can’t be accentuated by lycra? Or is it that the guys are bashful in displaying their hump? I think it is a bit of both. Society seems to dictate that it is okay for women to show their whole body, but for guys to cover up the lower half. With that social hurdle, most guys aren’t going to push that envelope. Peer pressure wins out.

Unfortunately, I’m a victim to this. Soon I hope to rip open the envelope and just wear that swim brief like I want to do. Those of us that want to wear a swim brief need to lead by example. The more guys that wear them and do it respectfully. The better chance swim briefs will move from having a bad rep to having a good one. It really wasn’t that long ago when swim briefs weren’t a rarity at the beach. Let’s work on making a comeback for the swim brief. Break out the swim brief this year and let’s start the revolution.