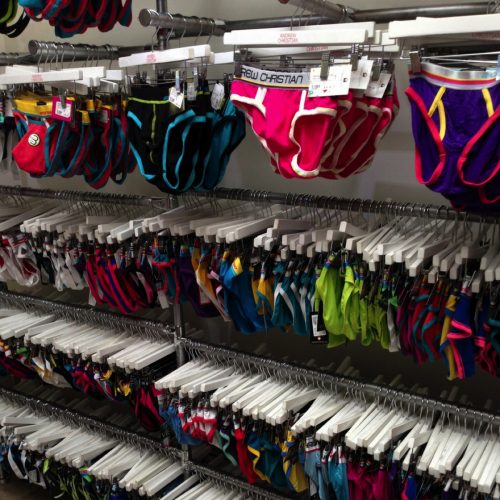 College guys have begun to branch out and try all different brands, styles, and fits of underwear. One variety that hasn’t caught on with younger guys as much as it has in other communities, however, is the brief. A recent poll from AskMen found that only 16% of men wore briefs, and judging from my experience, this number is even lower for college-aged men. Despite it being one of my favorite varieties of underwear, other guys my age don’t seem to want to give it a shot due to a combination of the perception that they’re like tighty whities or that they’re too skimpy.

To address the tighty whitie complaint, this couldn’t be further from the truth, and that becomes clear the second you start doing any research. Of course, the underwear aisle at Target might be filled with similar pairs to what guys wore as kids, but that is not representative of the larger market. One reason that tighty whities are so maligned is that they sometimes rise up close to your belly button and are baggy. Low rise briefs completely negate both of these problems. They sit right at your waist and the less material ensures they are form fitting and don’t stretch out in weird places. Then, of course, there’s the white part, and this isn’t a problem because most good brands have a wide variety of colors to choose from, from sleek black to bright blue.

Even when guys are aware of these better briefs, some complain that they’re too skimpy. The extra coverage of boxer briefs is great sometimes, but if you want to dress to impress, briefs are the only way to go. From experience, I know that girls like them even more because it makes your bulge and rear end look better. Considering probably no one else would care about what underwear you wear, this is an obvious pro to wearing briefs. Once you get used to the skimpiness, it is a great experience that you might never look back from.

I hope my fellow college guys will catch on to this.