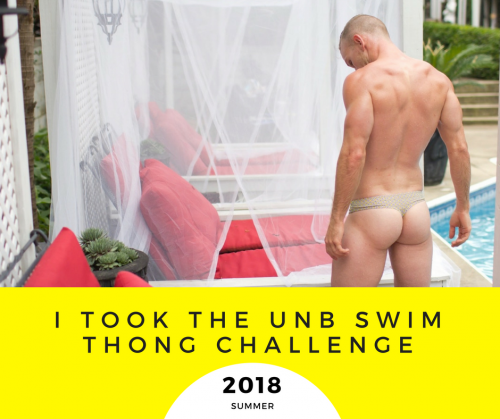 The last few years we have been challenging you guys to wear a swim brief. We have had various writers over the years to encourage you guys! Then last year we added in the Swim Thong challenge. UNB Ryan and a few other writers have braved the Thong in public and want more guys to join in on the fun. We are bringing them both back this year. I know that is a shocker!

We want to do more with the challenges. Not just talk about them but hear your stories about wearing a brief or thong for the first time in public. Share with us your feelings as you dropped the shorts for the first time. Then how your day went. Would you keep wearing them? Where you at a pool, beach or lake? Was it private or public? 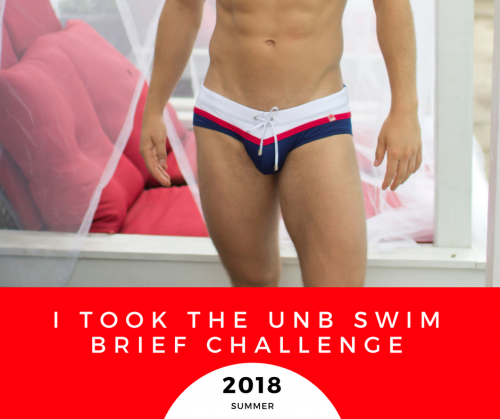 The next big question is would you do one or both? Some guys have no desire to wear a thong and that’s fine. While other guys who want to wear a thong don’t want to wear a swim brief. It’s really surprised me over the last year how many guys want to thong it up. I have done both over the years but have never been brave enough to wear the thong in public. It’s always been a private pool. Swim briefs I have worn in private/public pools, at the lake, and at the ocean. Many times I was the only guy in them and I didn’t care. What can I say I was in my 20’s and said fuck it!

If you aren’t doing the challenge, why aren’t you? Is it because you’re married and you don’t want to do it around kids? You may not feel you can pull off either? Maybe it’s body image issues? Just why? There is no wrong answer. We are all guys who have bonded over underwear and you do you!

How can you share? You can email us directly or I’m going to set up an easy form (below) and on a page, you can do it anytime. I”ll probably add it to our contact form!