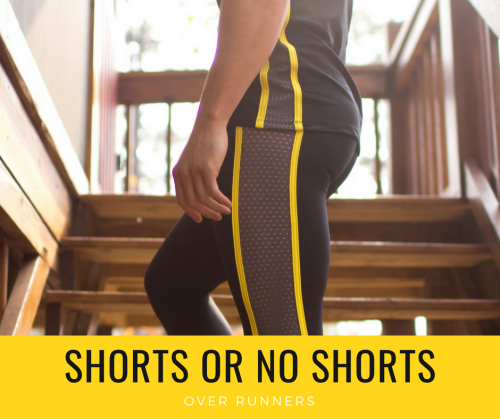 It’s 100% acceptable for women to wear yoga pants or spandex to the gym and it’s acceptable. We have heard stories over the years of guys wearing runners to the gym and being asked to wear shorts over them. This even happened to our own UNB Shawn. There seems to be a bit of a double standard in the world of spandex and gym wear. UNB Shawn covered that in his post.

I think the core issue with the debate boils down to body image. I know guys who are built and have six packs who wear shorts over runners. On the other hand, I have seen bears just walk out in gym with all the confidence in the world and not care what people say. I used to wear them while working out, when I did years ago, and never thought twice. Now that I’m bigger and need to get in shape, I hesitate to put them on.

Another argument is that it’s “obscene” for guys to wear just spandex. Let’s not be afraid of the curves of a guys body. Specifically the bulge. Some guys have more than others in that department, and can’t do anything about how much bulge they show. Most guys aren’t at the gym to show off, they are there to work out. They feel comfortable in the runners and want to wear them.  Wearing shorts over them makes things bulkier and contracts movement.

As you can tell I am very much pro “No shorts.” We should be able to wear them to the gym without being told we need to wear shorts over them. The double standard of it’s good for one sex and not the other needs to end. Guys are branching out to wear more things that have not been considered “masculine” by traditional standards. We are creating a new masculine definition!