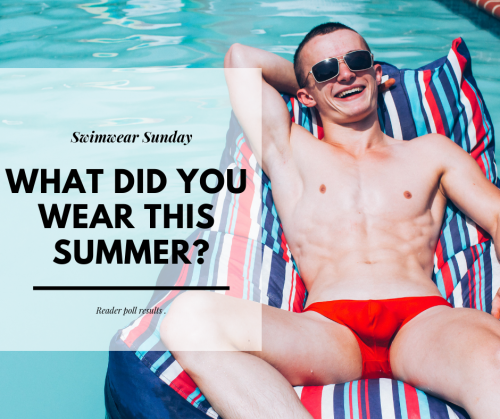 We did a totally non-scientific poll about what you guys wore last year. I expected more of you guys to weigh in but those who did it was very much Swim brief as the main style. But I know so many of you out there still aren’t wearing the style. A large group want to wear them but still are hesitant. But here are our results 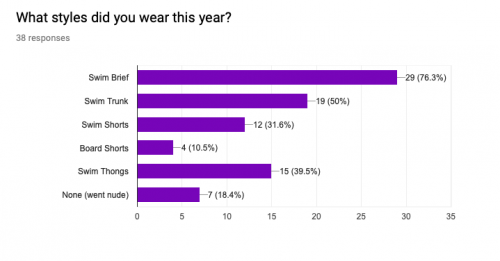 You guys wear everything. But most is Swim Briefs and thongs are picking up to third place. More and more of you guys want to wear the swim thong. I just bought my first swim thong in a long time. I”ll keep you posted on how it goes.

The Main styles you guys wear were swim briefs and swim thongs. It’s prob the two more popular on our site. I made sure I put in Nude this year because we have a few readers who prefer nude over swimwear. 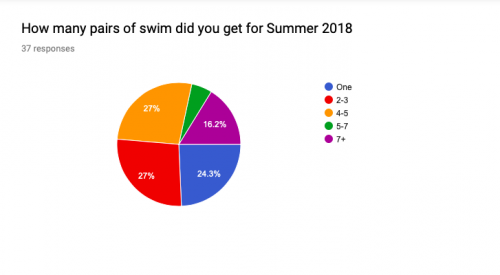 You guys wore more than one pair of swim this summer. I believe in having 3-4 pairs of swim per season. In my younger days I would have 8 or more pairs. I mean I would never wear the same pair twice to a swim party. LOL 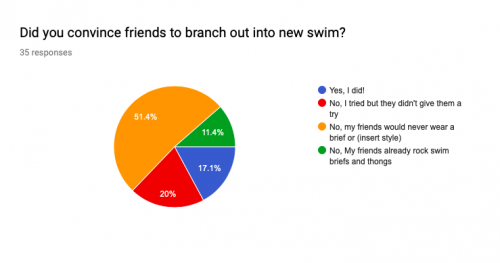 We still need some work in convincing our friends to wear some swim briefs. We have to keep spreading the word of the swim brief. How comfy they are, how amazing they feel and it’s for all guys.

If you didn’t take the poll there is still time.