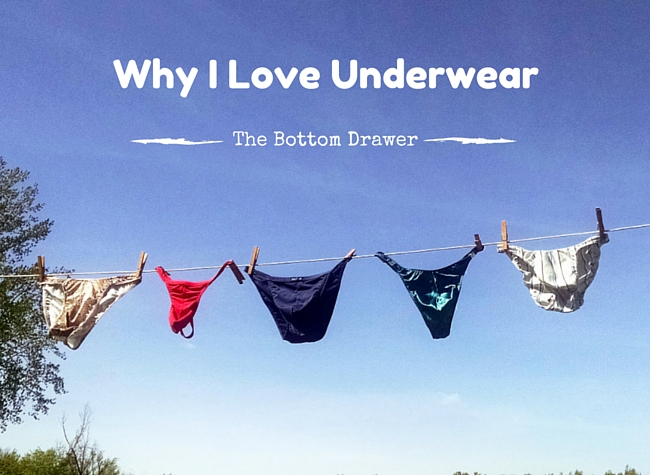 Some people get a rush from bungee jumping, sky diving, rock climbing, or other extreme activities. You’d probably call those activities a bit daring and a walk on the wild side. Well, for me underwear is my walk on the wild side. Now you may say how does underwear give you a rush? First off I don’t wear what you typically would picture a guy wearing. I enjoy skimpier styles of underwear. You know the bikinis and thongs that people say ‘eeew’ about when it’s a guy. Yeah you know who you are – just get over it. Nothing wrong with us guys enjoying skimpy underwear in this day and age.

Okay, back to how it’s a rush. First there is a rush when that new pair arrives in the mail and the anticipation of trying it on. Hopefully, once you pull the new pair on it meets or exceeds your expectation. Otherwise say bye bye rush. Also not meeting the norm for guys underwear gives a bit of a rush along with daring I’d say. Sometimes out and about it might hit me that I’m wearing a bikini or a thong. Which gives a little rush knowing most likely none of the other guys are.

I think daring pretty much speaks for itself with my underwear choice, since it is not a typical male choice. With the wild side it is partly because it is against the norm. Most people likely see me as a quiet, conservative person, so who would think I’d be wearing a thong or bikini. Let alone my obsession with them. So I think they would see it as a wild side.

Now I wouldn’t just be wearing bikinis and thongs for a rush, to be daring, and have a wild side. Those are side effects of me discovering these styles for men. I wear them, because I find them more comfortable than briefs or boxers. I do not like having the restriction around my legs that the leg openings caused by briefs. I like support that boxers do not give. They make you feel sexy and give you a boost of confidence. They’re fun. It’s nice to wake up and pick out a pair that fits the mood of the day. Maybe even pick a pair to change the mood of the day if need be instead of slipping on the same thing day in and day out. An added bonus is my wife seems to enjoy finding out my choice for the day.