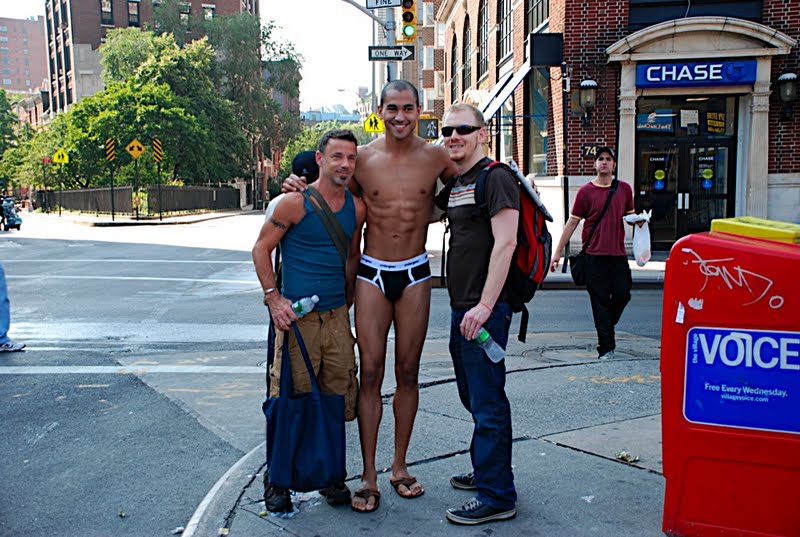 Get ready for what is sure to be the most traffic-stopping Times Square takeover since the Naked Cowboy first appeared on the scene. Undergear, the popular online retailer of men’s underwear and apparel is proving that it’s hip to be square with their upcoming Times Square photo shoot this Friday (October 2nd). Undergear is already well known for featuring some of the sexiest brands and models in the business – come and see them in person from 10 a.m. to 2 p.m. kicking off at the Red Steps on 47th and Broadway. Follow @Undergear for location updates throughout the shoot.

Fans and media alike are invited to get up close and personal with a group of Undergear models as they pose in the latest styles from http://www.undergear.com. In continuation of their new viral campaign “Where Do You Wear Yours?”, Undergear models will grace the busy streets of New York wearing only their underwear.

At the photo-shoot, viewers are encouraged to upload photos and videos of the models onto Twitter in reply to @Undergear, the company’s official Twitter account. Throughout the shoot, visitors will be able to take pictures with the models and score hot giveaways like chapstick, dog tags, discount cards and more.

If unable to attend make sure to check out Undergear’s social networks for images and videos from the photo-shoot.