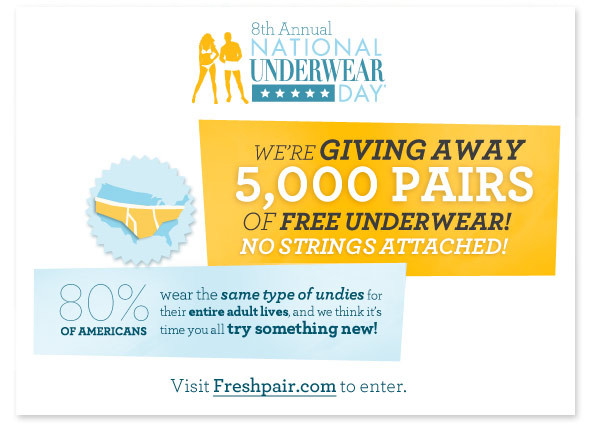 Freshpair officially kicked off the 8th Annual National Underwear Day on Sunday, August 1st with a contest of epic proportions: http://www.freshpair.com/nud-giveaway.html. In line with the “Try Something New!” theme, we’re giving away 5,000 pairs of underwear from a variety of the hottest men’s and women’s brands.

In the past, the National Underwear Day festivities have gone from Times Square takeovers, where underwear-clad models mingled with tourists and New Yorkers alike, to star-studded underwear runway shows. This year, after realizing that 80% of Americans stick with the same underwear styles their entire adult lives, and 60% of them don’t even wear underwear that fits, we’re taking the festivities to the next level. Along with the huge underwear giveaway, we’re featuring exclusive promotions on most of our brands.

Shopping for underwear should be a personal and enjoyable experience. Freshpair strives to deliver on all counts and puts a little fun in the mix with National Underwear Day.

Here are some pics of the years past National Underwear Day! Go win some and if you do let us know! 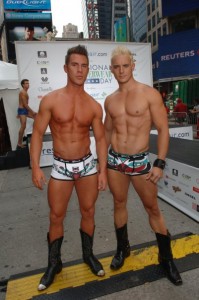 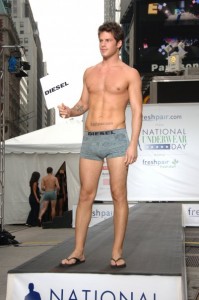