The City Commissioner of Fort Pierce Florida, near Port St. Lucie, wants to pass a city ordinance banning the wearing of pants too low 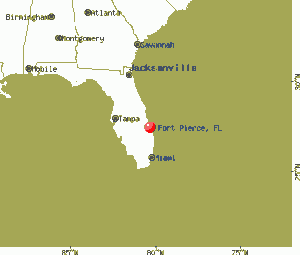 and thus exposing your underwear or “sagging”. The city of Rivera Beach Florida, near West Palm Beach, created a similar law however it was challenged in a state court and failed. The law was considered too broad and the penalties too severe. Both cities are working on new laws that are more constitutional and with consequences such as community service and small fines rather than jail time. Two other cities in Florida have laws banning sagging although they limit the restriction to city-owned property. These cities have declared that the exposure of underwear is offensive and indecent.

Florida is not the only place where the exposure of underwear has become a legal issue. Delcambre, Louisiana, near Baton Rouge, enforces penalties of $500 to 6 months in jail for sagging. Crack downs are also being considered in Trenton New Jersey and Atlanta, Georgia. This trend is growing and has popped up in other towns and cities as well.

I personally would say the trend of “sagging” is a fashion atrocity, then again who am I or anyone else to judge someone else’s freedom of expression through style just because I don‘t like it. And is it really offensive and indecent for your underwear to be showing? What makes underwear so scandalous anyway? Some people view underwear as lewd because they associate it with intimacy. As our last barrier to being naked, it’s an article of clothing that is generally kept private and shown only shown to those with whom we have a close relationship. Generally speaking, that is. So the exposing of it has been taken as the exposure of your private intimate being, shocking! Nonetheless, is this reasoning valid? You could walk down the street in bike shorts yet if you were in boxer briefs it would be indecent. They have the same coverage and are no more or less modest than the other. And if you expose your underwear in a locker room full of people and it’s not thought of to be “intimate“, it‘s just your shorts. Our underwear is just as much an expression of ourselves as our outer clothing. And underwear is just that, clothing. We shouldn’t make it a taboo nor a crime if our underwear happens to be revealed. Now, I am not saying we should walk around in just our underwear or with our pants down to our knees. Even though I personally would love it if all I had to wear were underwear. I think we do need to take other peoples views into consideration and we don’t want to intentionally offend people. So as much as I would love the sagging fad to end creating laws and ordinances dictating acceptable exposure of underwear is not a law I want to see created. After all, sometime it’s nice to see a hot pair of undies sticking out the top of a guys pants. So men expose your underwear responsibly or the authorities may come after you.