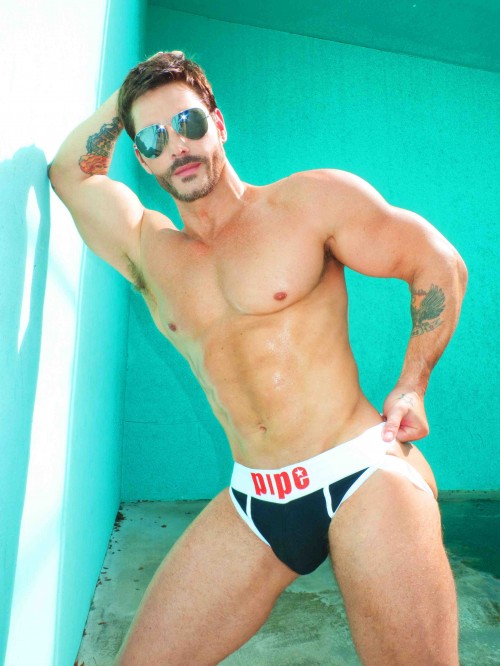 Today’s Brief Distraction is one featuring Jack Mackenroth. He recently finished a new photoshoot in South Beach with West Phillips wearing Pipe Underwear. This is before he launches his own dating site. “And if you are not following Jack on Twitter–get on it!! He was voted Best Gay Tweeter of 2011/2012 by National Lampoon and one of the Top 10 Celebrity Tweeters by Metrosource Magazine. He’s hilarious. “