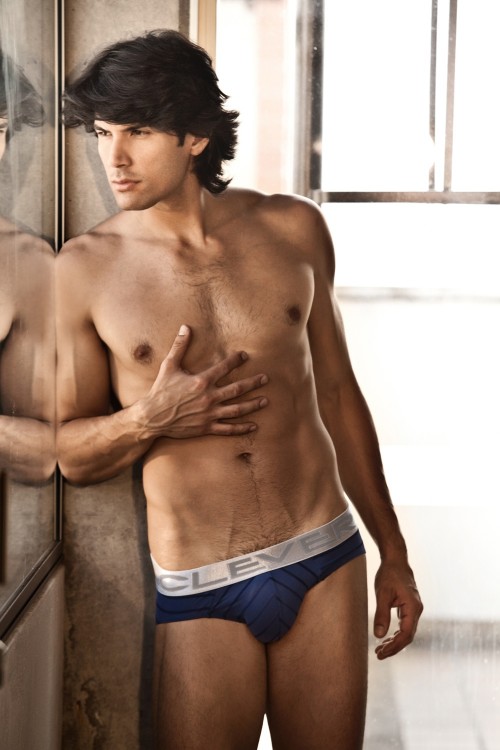 I always love coming up with new ideas for underwear content, and what I always find funny is when journalists, bloggers, and even those in The Industry often seem poised to answer this question. To me it’s an interesting question because as a contributor to an underwear blog with a collection of underwear that is well into the triple-digits, the notion that our underwear preferences somehow indicate what type of person we are seems a bit farfetched.

But, despite the fact that I literally own every style of underwear made, in every fabric, I still have my “preferences” and that’s what I think such a “question” aims to get at. The problem I have with the premise of “your underwear defines you” is that it plays directly into the stereotypes that keep many men from trying new things, and at its worst, might insulate men into thinking something not-so-positive about themselves.

For the most part, the people or groups seeking to answer this question tend to approach it the same way the widely-read women’s magazine Cosmopolitan has done in the past. I do like how Cosmo has approached this in two distinct ways. The first is the basic, “what does what your man’s underwear say about him”  while the second takes a much more progressive approach, giving women a buying guide, based on their man’s personality traits or preferences. Folks over at The Frisky also tried their hand answering this question based on the “initial reveal” scenario (when you first see him in his underwear). There are many out there in the wild internet word like these, all of which come to a basic consensus about each style of underwear available to us guys.

The consensus has been built, but not without some woeful laziness on the part of the purveyors of this information. Anyone who visits a men’s underwear blog knows that men’s designer underwear is not made equal these days. We know that the guy who wears the same Fruit of the Loom oversized briefs he’s been wearing since he was five, should not be judged as a “brief guy” the same way someone who wears a form fitting pair of Andrew Christian briefs but in these “reveal” articles, they’re in the same “class.” One of the biggest offenders in this vein comes from a Yahoo! contributor in 2010.

I did manage to find two posts that were neither terrible, nor completely comprehensive and one, ironically comes from another yahoo contributor, in 2009. What I especially like about this article is that it seems as if serious thought and reflection was put into it, and while it largely comes to the same “consensus” opinions about each style are not as non-chalant, or brash. The second comes from someone in the industry (some expertise? gasp!) and takes the same “you’re going to see the guy’s underwear for the first time” approach to its descriptions, and it comes the closest to being an acceptable analysis of what underwear styles might say about a man.

I want to get down to brass tacks. I do believe that a man’s choice in underwear can definitely tell you a thing or two about him. When it comes to an individual’s style, there really is no other piece of clothing more affected by personal preference. Where I see a problem is with the way in which people have sought to classify a man based on his choice of what amounts to a piece of clothing only a handful of people on any given day, at most (say, if you’ve got a gym membership at a busy gym) will actually see.

While some of these voices writing these columns might decide to pay lip service to the fact that your choice in underwear is your choice, they tend to come off as very judgmental. When I wrote my little autobiography a couple of weeks ago, one of the biggest points I wanted to convey was that the majority of men (gay or straight, but straight especially) are incredibly impressionable. So while they may be thinking about switching out their baggy boxers for a more up-to-date style they have in mind, say, a low-rise brief, they may catch a column that says the low-rise brief is for guys that “like to take risks, or are the “fashion forward, metrosexual” type of guy, and that deters them. How fair is that?

More tomorrow, this is the first part of a 3 part series!