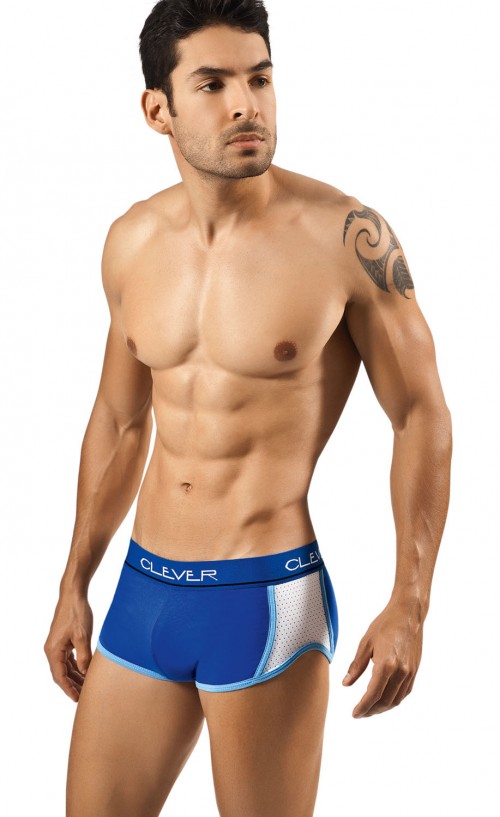 I have recently had the chance to wear Clever’s Cheeky Boxer. This is the first time that I have worn a pair of underwear made by Clever and upon opening the boxer which I received, I was very encouraged by what I found. My pair is black with red accents in size small. Along with this color combination, Clever also offers the boxer in either blue and white or yellow and green.

I have recently injured my right leg and as a result I have been bound to crutches. Because of this, the day I reviewed this boxer was spent primarily relaxing and lounging while elevating my leg, although I did do quite a bit of crutching to and from locations. Normally when I review a pair I try to do everything from running with other at home exercises to lounge and do everyday activities, but this time it simply wasn’t an option. Having said this, if I were to put this pair through the normal review test, I think it would have held up quite well. My reasoning behind this statement will be proved in the following paragraphs.

The boxer from Clever which I reviewed is a size small and this is certainly true. I am a rather skinny guy and normally there is still plenty of room to breathe in the average pair of underwear which is sized small. I really enjoy the way this pair conforms to my body. Personally, I enjoy that fits snugly or slightly snug to my body and this boxer, which I would honestly term as a trunk, certainly offers that to me. Each person is built differently though and as a result sizing can be tricky for most. Clever is a Colombian brand and as a result their sizes deviate slightly from American sizing. My advice to you if you are someone which is between sizes based on a given underwear brand, you should buy the larger size if you are to purchase this boxer. 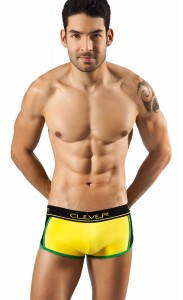 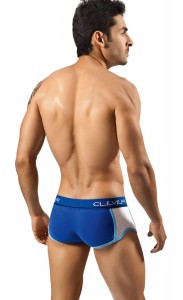 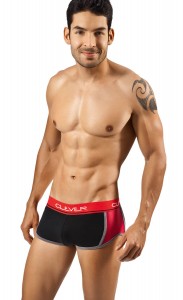 Overall, I have many great things to say about this Cheeky boxer. First off, I love the name. It’s great and very true. This boxer sits square on the hips and is relatively square cut along the bottom in the front and progressively morphs into a brief along the sides and into the rear. It essentially is a brief from behind, hence the adjective cheeky. Even though the rear is slightly “cheeky”, this boxer never rode up during the day and retained it’s shape remarkably well. This boxer is constructed using a fabric blend consisting of 94% cotton and 6% spandex, making it not only breathable but also flexible. Enhancing both breathability and flexibility are the legs which are constructed with a mesh material.The colors and aesthetics of this boxer match it’s feel. While being mostly black, this boxer features a red waistband sporting the Clever name in white along with red mesh patches along the legs accented with grey piping. This color layout gives the boxer a very sporty look. It doesn’t have too many flaws, but moving forward I would like to see Clever make this boxer tagless and also take a bit more time at the factory making sure that all the excess thread along the seams are clipped. Both issues are minor and do not dampen my opinion of the boxer. Somewhere between a tight and tiny running short in appearance and minimal cut trunk/brief in function, this boxer is very masculine while also sexy and I really dig it.

It really is a shame that I did not have a chance to put this boxer through my favorite test, a long run. It is through this test where I learn most about a given pair of underwear. I am an avid runner and because of this I need my undies to perform at a very high level. Even though I didn’t get a chance to put this boxer through a full test, I don’t think it would have a problem passing with very high marks. This boxer has a really sporty look which should suit the tastes of a wide range of men, regardless of underwear consciousness. Having the opportunity to test drive this boxer was a privilege and I hope you have found it informative.

Clever furnished this boxer for review and can be found at their website.