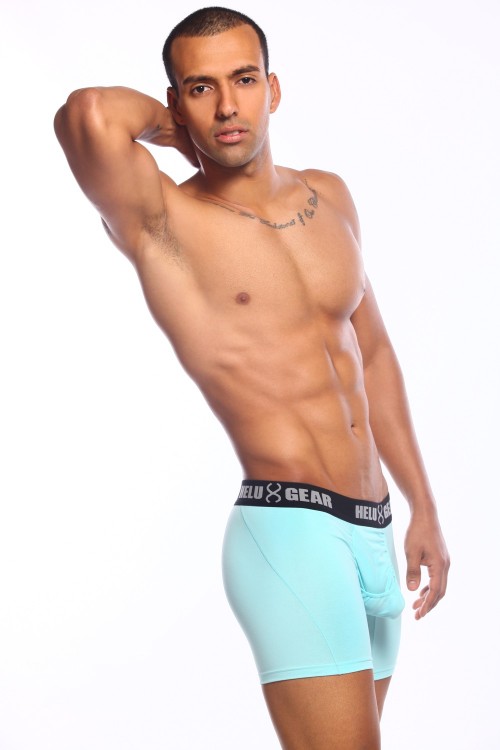 We try to bring you guys Kickstarters in underwear that we think need to be funded. We love it when you guys can get involved with making of underwear! So many underwear companies come on the market only to disappear. How many times have you bought a pair, fallen in love and they are gone? Well Kickstarter is one thing that lets companies expand and grow with the help of loyal customers. There are so many great people in the world of underwear that I know and Greg at Helux Gear is one of them.

When I first heard of Helix Gear I thought it sound like a great idea. Granted at first I thought it looked funky but it performed amazing. Greg Sent me pairs to review and I will say the exceeded my expectations. Since the first ones I have tried he has refined the pouch to make it even better. Which I don’t know how that is possible.

They have launched a Kickstarter to expand colors and sizes. Colors will be black and three others voted on by the funders and sizes will now go to XXL. Helix Gear’s goal is a modest $17,000, which is very attainable. They have levels for every price range. As with most crowdfunding the more you donate the bigger the rewards.

I hope you will go check it out and check out their underwear. It’s a company doing innovative things in the world of men’s underwear! Head over to the Helix Gear Kickstarter Page to donate.