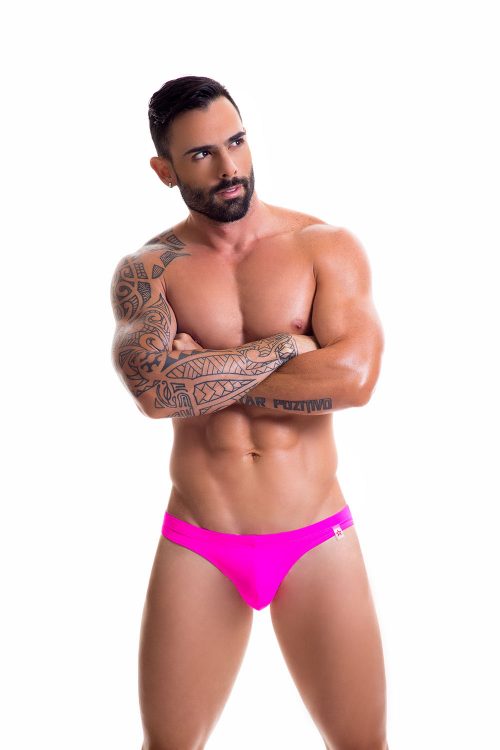 If you would have told me there would be a certain sector of guys who would go crazy over swim thongs. I would have thought you were crazy a few years ago. But over the last year, we have seen growth in the swim thong market. Not only from gay guys but straight guys. YES, straight guys are going suns out buns out for summer. We are reaching a point where underwear/swimwear is no longer gay. It’s for all guys.

Today we chose the JOR Sunny Swim thong. It’s going to be in our Swimwear Guide (we shot it yesterday) and available in solids and prints. One color it is available in is Fuchsia. I mean if you’re going to rock the thong why now announce it to everyone around! Say, you’re less included to shout it out they also have it in black and white. But really, wearing a thong on the beach will bring attention in the US.

JOR has been one of the companies that have embraced the swim thong. They have been making them in every collection for the last year or more. Each collection they seem to release more and more swim thongs. That means you guys are buying them and wearing them. I think we still have a ways to go to get more on the beach but hey, it’s a start.

If you want to try a swim thong. We think this pair will be an awesome first pair. It’s not too small or too big but just right. If you already wear a bikini why not take the next step and thong it on the beach or private pool! We say go for it and rock it proud