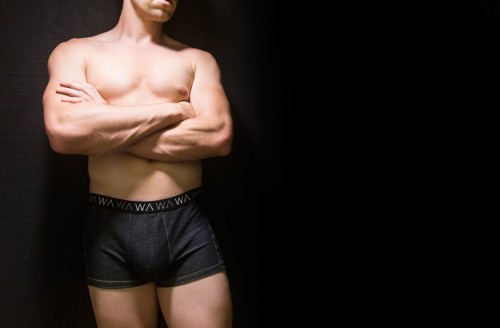 Underwear comes in all styles. But did you think of underwear that protects you from harmful electromagnetic radiation? This is an interesting concept from Wireless Armour. You maybe asking what is the purpose, well to protect male fertility. Its kind of cool to me. Its different and underwear with a purpose! Here is what they say about the brand:

Described by Sir Richard Branson as “underpants for superheroes”, a British scientist has unveiled Wireless Armour, a new line of ‘smart, wearable tech’ underwear which aims to protect male fertility by using a mesh of pure silver woven into fabric to shield against 99.9% of harmful electromagnetic radiation (EMR) emitted by Wi-Fi devices including smartphones and laptops.

It is estimated that 70 million couples are affected by infertility worldwide (1). Male fertility has declined in recent years (2) and this has been attributed to exposure to environmental factors including electromagnetic radiation emitted by Wi-Fi enabled devices such as smartphones and laptops which have been shown in clinical studies to lower sperm count and motility in men (3). In 2014 the University of Exeter conducted a comprehensive review of all the data from previous studies investigating the link between EMR and sperm damage the and the analysis indicated a negative associations between mobile phone exposure on sperm viability and motility (4). Whilst the findings are not 100% conclusive it does show a strong correlation between EMR exposure and lower sperm health. In one study in vitro sperm motility dropped to 49% and viability to 52% after just one hour of exposure to radiation emitted by a mobile phone (5). Additionally, the World Health Organisation (WHO) has assigned EMR as possibly carcinogenic to humans, in the category 2B, the same category as petrol exhaust fumes and other pollutants (6)

“Like so many people, my smartphone and laptop use has increased dramatically in recent years which made me realise that I was exposing myself to large amounts of electromagnetic radiation, mostly centred on my groin” says London scientist and Wireless Armour inventor, Joseph Perkins. “With my Physics background I knew there must be a way to shield from electromagnetic radiation using a simple solution. Wireless Armour has been tested by an industry leader in wireless shielding and the results show that our fabric shields against 99.9% of the radiation emitted between 100MHz to 2.6GHz. Put simply, this covers the entire range of radiation emitted by wireless devices, from voice and text through to 4G and Wi-Fi, almost everything is blocked.”

Wireless Armour retails between £24 – £35 and can be purchased here www.wirelessarmour.co.uk