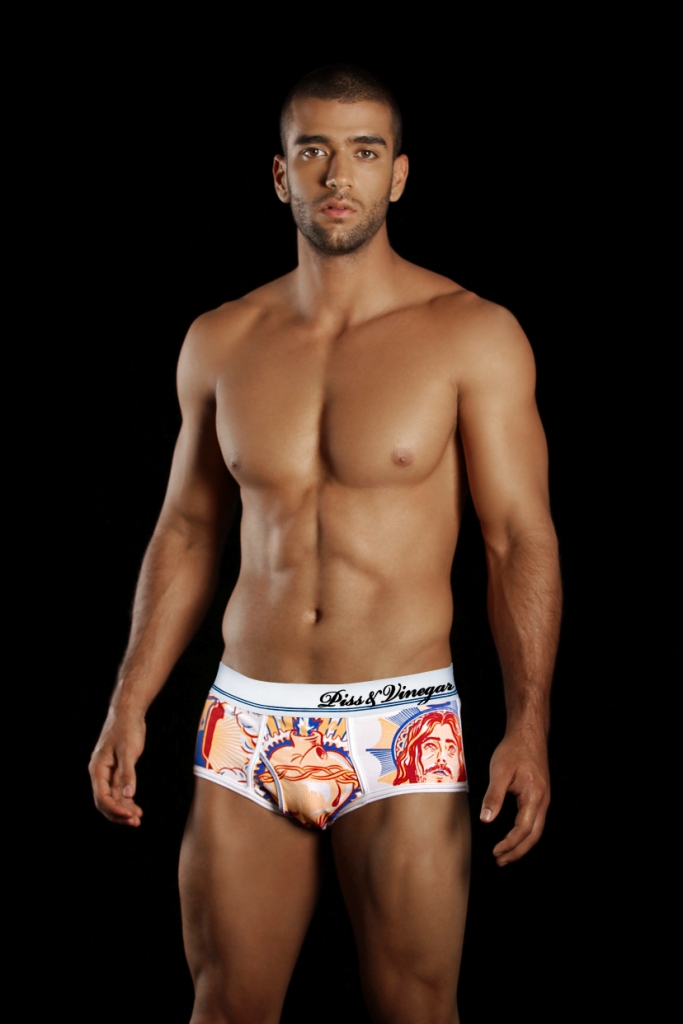 Beyond Big Branding is a new company formed by Jason Sutherland and Brian Edgar. You may know Jason who formerly owned Ginch Gonch and now is developing the Piss & Vinegar brand. Where as, Brian is a former executive from Tommy Hilfiger. They have teamed up for form an innovative new company that will address the under-served metro-sexual male consumer group

“Building and maintaining a single brand requires as much time and effort as developing a host of brands,” explained Mr. Edgar, formerly executive vice president at Tommy Hilfiger Retail Canada Inc., at this morning’s announcement.   “Beyond Big Branding will unite similar-minded active wear companies and co-brand them with one another.

“Synergy is key for us,” said Mr. Sutherland.   Mr. Sutherland is widely heralded as the designer who, with his Ginch Gonch line, helped to inject fun — or, as he calls it, cheekiness — into the men’s undergarment industry. “Our brands share services across the board: from design, to accounting, collections, customers, sales, support staff, web design, IT support, printing, photo-shoots, public relations, and even online media.”

“Beyond Big Branding offers advantages to buyers as well”, he continued.  “We aim to be a one-stop shop, providing products of the highest quality with brands that cover virtually all price points, from mass market to exclusive boutique.”

As we have said the first brand they have launched is Piss & Vinegar. It was released at the end of last year. The most memorable pair is the Jesus brief, which was one of the most controversial pairs of last year.

The company will bring to the American market Expose and Dick & Jane. Expose is a line based out of Columbia. While Dick & Jane was originally founded in Russia and a favorite with the young urban market.

“The men’s underwear and loungewear market is still in its early stages of development,” said Mr. Edgar.  “Beyond Big Branding aims to take the industry to the next level by buying, licensing, and partnering with exciting brands and manufacturers throughout the world.

“We are aggressively seeking additional partnerships with brands and investors,” he adds.  “Through synergy, our Beyond Big Branding companies are finally able to compete against the big boys.”

We look forward to seeing some great stuff from Beyond Big Branding, we are trying to get them on a podcast to talk further about their plans for the men’s underwear market.