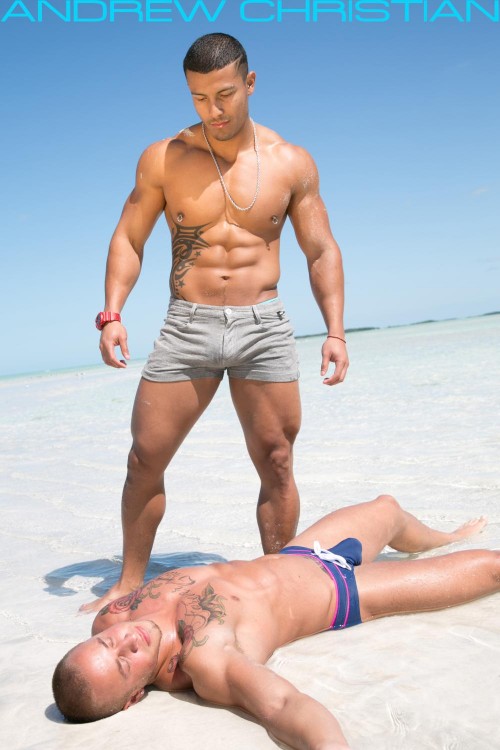 Andrew Christian Inc. in conjunction with Island House-Key West released their “Overboard” video last week to rave reviews. Just in time for Spring, this video brings the sunshine and lights up your screen. The water sparkles, the boys’ tans are aglow, and the song “We are the Young Ones” (Hit Feeling Productions) transports you to The Keys.

The video starts on a gorgeous sail boat that is arriving at the Marvin Key Island in Key West Florida. Jon Varak spots the island first and lets the boys know it is time to strip off their jade colored (CoolFlex) underwear, which seems fitting because they are the same color of his eyes! Of course these boys are not shy to drop their briefs and put on their Andrew Christian Anchor Bikinis.

On the island things get a little out of hand, which is to be expected any time you put this group together. Murray and Jon have a hot make out session, right before Murray gives Cory Lee a shot out of his mouth. Luke buries Johna in the sand and Vlad gives him a booty bump to the face. After more shenanigans you have to see to believe, the boys head back to the sail boat.

In a twist that no one saw coming, Cory Lee decides to knock the other models “Overboard.” Without giving too much away, the next thing you see are the gorgeous Island House workers (Antonio Biaggi, Alex Sanchez, and Pablo Hernandez) rescuing the boys from the shore. Antonio’s free balling Baywatch run and Murray faking being dead, now if that doesn’t get your attention…nothing will!

The story does not end there though, as the models are carried away, you realize there is going to be an “Overboard Part 2: The Rescue.” Stay tuned to watch the workers bring the boys back to the Island House-Key West and “nurse” them back to health.

To watch all of Andrew Christian’s videos:
http://andrewchristian.com/socialvideos/ 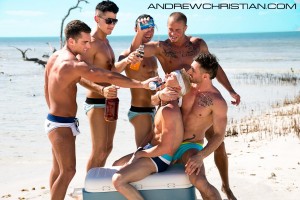 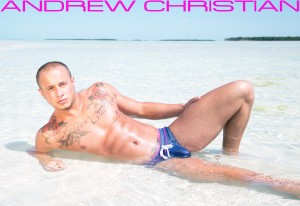 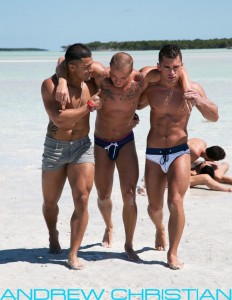