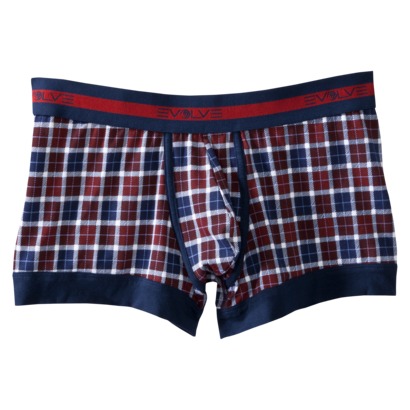 We have two popular posts. The first is the K’mando pouch and the second is 2(X)ist Evolve at Target. I have noticed a lot of comments lately that people aren’t finding the brand. I did some research and found them at a few Target stores around Atlanta. Ranging from in town out to the burbs. Then I went to the Target website and found they had many styles, even more then the stores.

What I found in the stores was that they are doing the plaid and camo patterns. The two patterns are available in a brief or trunk/boxer briefs. Now for the most important, the pricing, Target seems to have two price points $11.99 and $12.99.

If you are having trouble finding them at stores then I suggest going to the Target site.

On another note we are going to start reviewing more moderate priced underwear. This includes Evolve but will also expand to retailers such as J.C. Penny, Belk, and more. If you have suggestions who we should review then let us know in a comment here or email us!