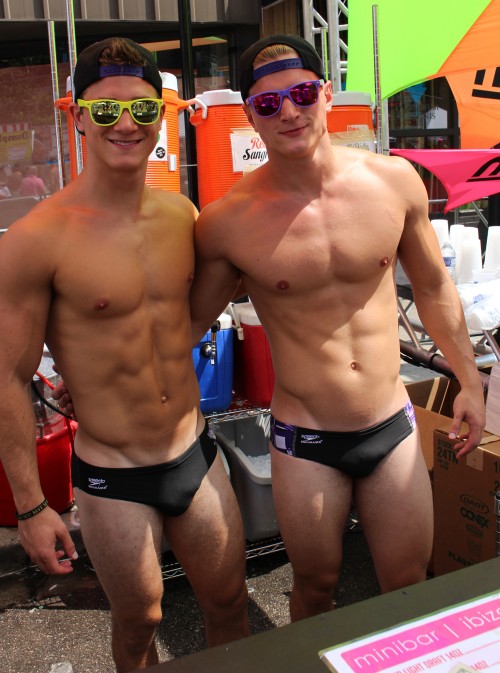 Every Chicagoan knows that there’s about three months in this part of the upper Midwest when it’s warm enough to do stuff outside. The rest of the time it’s pretty miserable. Bravo! even developed a show about the way that Chicagoans cram all that fun into those “100 Days of Summer”.

For the LGBT set (me included), the summer is bookended with two major street festivals: Pride, in late June and Northalsted Market Days, in early August.

While Pride has evolved into something part political campaign, part economic opportunity, and part social statement, Northalsted Market Days has remained a mash up of something that’s delightfully hedonistic and brashly commercial. It’s a boozy, sultry, messy mélange of bodies baking under a summer sun during the day or soaking up the humidity of a Chicago summer evening. 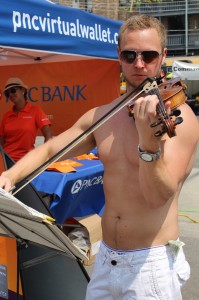 To be more concise, Northalsted Market Days is a street festival that takes place in the Chicago gayborhood of “Boystown” along north Halsted Street between Belmont and Addison avenues in the neighborhood of Lakeview. Local businesses (shops, eateries, bars, and clubs) in the area set up tents and booths along the street and allow you to sample their wares in one go. The event claims to be the largest two day street festival in the Midwest.

But as an underwear enthusiast, Market Days (and other summer street festivals) is a great opportunity for underwear and swimsuit sightings. Once the temperature climbs past eighty degrees, any Chicago gay who has spent a nanosecond in a gym, pretty much treats a t-shirt or tank top the way a kid with a peanut allergy would treat a Snickers bar, they want it as far away from their bodies as possible. So let’s do the math:

Vendors do their part as well, rolling out their best eye candy to cajole you to buy their twenty ounce house sangria (two of those and consider yourself over-served), with said eye candy wearing only the minimum amount of apparel necessary to keep them from getting hauled off for public lewdness. Besides gawking at nearly naked male strippers, you can see every size, shape, color of man and woman that exists in the rainbow coalition that is the LGBT community. There are boys playing grabby twister, drag queens serving camp, and great live music.

My recommendation for those of you who want to attend Market Days in 2015 (August 8-9) and only have one day, go on Sunday morning. It’s not nearly as crowded as Saturday afternoon/evening is and you have the time and space to explore a lot of the vendors and booths. Of course, if you’re looking to pack yourself in a crowd of sweaty, half-naked dudes (and try to guess if they’re wearing boxers or briefs from their visible waistbands), come on Saturday. Or, come both days.

Whatever you choose, just come on down to Chicago for Market Days. See you next August!