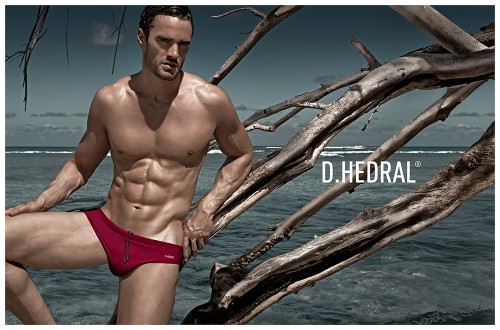 Italian bodywear brand D.HEDRAL opens its first store on London’s iconic Neal Street at the end of this month.

The flagship store will offer innovative luxury mens and womens underwear and beachwear designed and manufactured in Italy.

Award winning architects Lazzarini & Pickering have been enlisted to design the store that will fuse both the digital ecommerce and physical retail experiences.

The interior concept described by Lazzarini & Pickering as ‘striking, sophisticated and user-friendly’ is designed to be modular, versatile and adaptable. D.HEDRAL plans to hold events in-store and it was therefore important to create a design that could be flexible and accommodate a particular stage or setting. This concept will be rolled-out internationally over the coming years in key territories around the world.

With a nod to D.HEDRAL’s beachwear collections shoppers will be embraced with two structures of nautical sailing rope that suspend silhouettes showcasing the product offering.

“It’s a new image to what one finds in the traditional retail landscape so it’s going be very striking. Sophisticated because of the detail and materials that represents the brand. User-friendly because it’s about dissolving the barrier between the web and physical presence. It is the best of both worlds.” – Lazzarini & Pickering

AngleFit Technology used throughout D.HEDRAL’s underwear and beachwear is a brand-new fit concept that will be communicated. To achieve this, shoppers will experience a state-of-the-art, interactive ‘Minority Report’ viewing platform that screens D.HEDRAL’s product offering, an introduction to AngleFit, and acts as the gateway to the ecomms experience.

D.HEDRAL AngleFit underwear and beachwear offers a more tailored fit by introducing an angle that increases the elasticity of the fabric covering the glutes. This improves support and creates a more flattering silhouette.

For customers that desire a more bespoke custom fit from their underwear or beachwear D.HEDRAL offers ‘Gigolo Joe’ for men and ‘Gia’ for women. 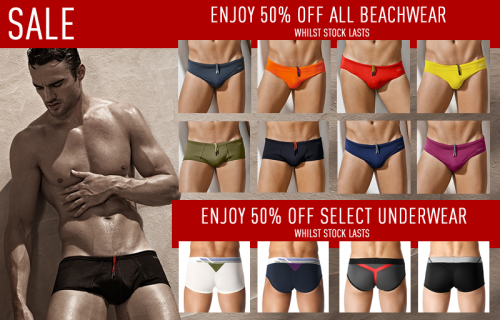 D.HEDRAL has launched its biggest ever sale with 50% off select underwear and beachwear incorporating the brand’s patented AngleFit Technology for perfect fit, extreme comfort and superior support.

In addition the luxury Italian bodywear brand is also offering Free Shipping on ALL orders to Europe, USA and Canada