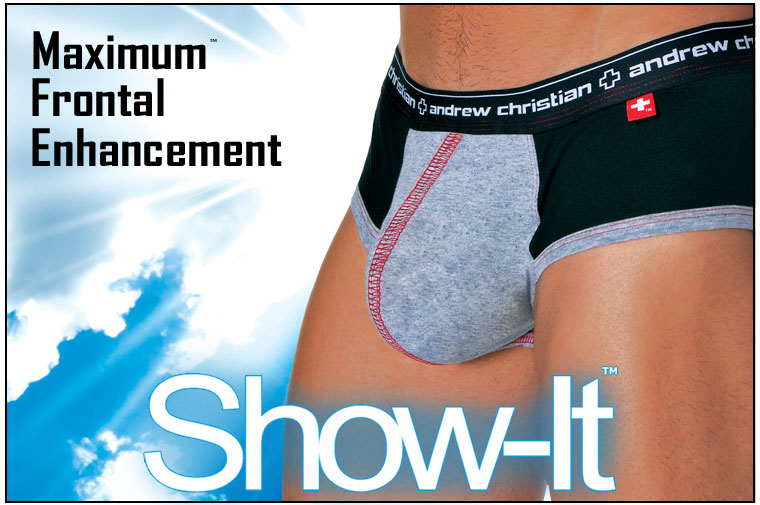 The latest trend in men’s undies is enhancement undies. Andrew Christian is at it again and came out with the Show-it line. Unlike his last enhancement undies this enhances your front rather then your back. We thought this would make a great Underwear of the week. Andrew Christian is so innovative and always coming up with new items and innovations. Here is what they say about the undies.

The king of men’s underwear expands his empire to include the brand new Show-It Technology 2.0 underwear line. This line of frontal enhancing underwear automatically emphasizes and flaunts what every man has in his pants.

Show-It Technology 2.0 features a hidden “comfy cup” that gently lifts and presents the 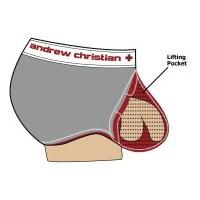 package to the front. The horseshoe shaped inner cup is lined by soft elastic that gently aids in the lifting and adds up to 1.5 inches to a man’s frontal measurement; it provides the biggest enhancement of any underwear on the market currently. Best of all there is no embarrassing padding or straps and has a completely invisible support structure. The pouch fabric is contrasted to the rest of the underwear to draw the eyes and attention to the “package.” The underwear also features the custom Andrew Christian Anti-muffin Top Elastic to slim the appearance of love handles. The line consists of boxer-briefs, briefs, jocks and swimwear.

“When I realized how popular my Flashback butt lifting boxer a 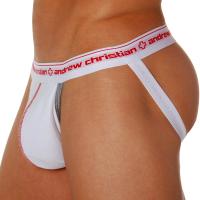 nd briefs were, I began to think about how to best enhance the front of a man,” says designer Andrew Christian, “taking a look at other underwear on the market that say they enhance, I tried all of these designs and they were uncomfortable and most didn’t work or had other major flaws. I decided to design a line of super comfortable underwear that actually ‘Show’s It’ and developed the this line of underwear and swimwear with Show-It Technology 2.0.”

Also, one thing to look forward too is they will be expanding this line into swimwear and jocks soon. I think this line would be perfect for jocks.

We hope you enjoy this week, it’s something new and innovative and fun, tune in next week for the next underwear of the week!