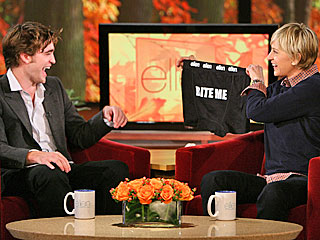 Ellen DeGeneres just got announced as the new Judge on American Idol, which is an interesting pick, but we’re talking about her underwear. If you caught the first episode, you saw David Beckam lower his jeans and show off the Ellen waistband. The undies have been give to a bunch of celebrities, which include Antonio Bandaras, Robert Pattenson, The Jonas Brothers, and many more. You can get the undies for yourself a the Ellen site for $24 for the black boxer and $18 for the grey boxer. Maybe we should review Ellen’s Underwear!