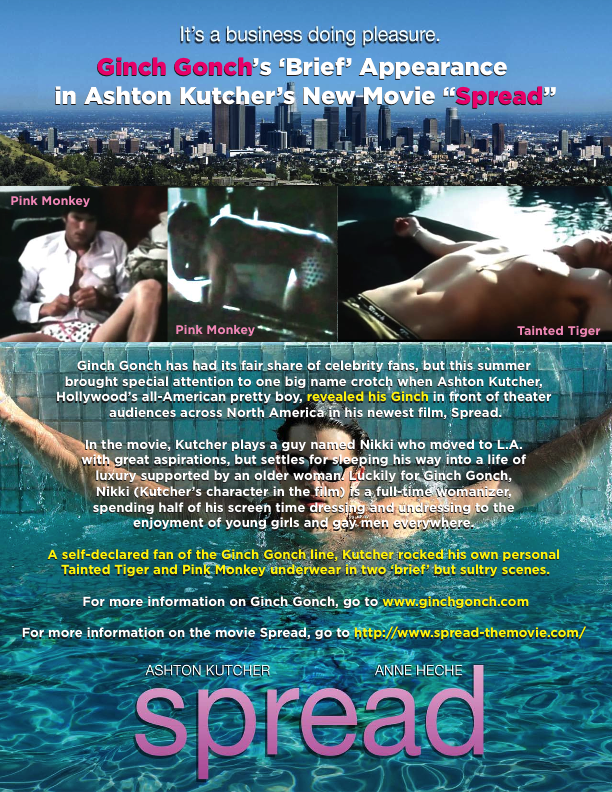 Ginch Gonch has had its fair share of celebrity fans, but this summer brought special attention to one big name crotch when Ashton Kutcher, Hollywood’s all-American pretty boy, revealed his Ginch in front of theater audiences across North America in his newest film, Spread.

In the movie, Kutcher plays a guy named Nikki who moved to L.A. with great aspirations, but settles for sleeping his way into a life of luxury supported by an older woman. Luckily for Ginch Gonch, Nikki (Kutcher’s character in the film) is a full-time womanizer, spending half of his screen time dressing and undressing to the enjoyment of young girls and gay men everywhere.

A self-declared fan of the Ginch Gonch line, Kutcher rocked his own personal Tainted Tiger and Pink Monkey underwear in two ‘brief’ but sultry scenes.

For more information on the movie Spread, go to http://www.spread-themovie.com/