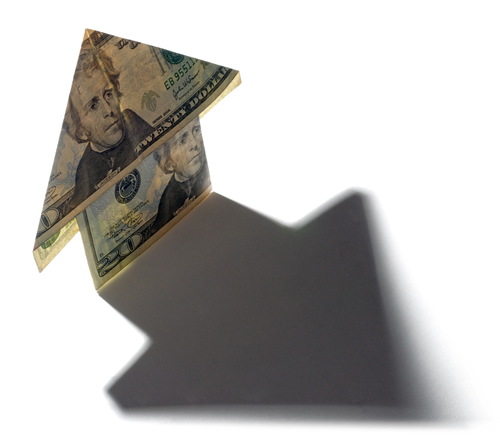 This past month the Washington Post ran an article “Blue Chip, White Cotton: What Underwear says about the economy.’ Note, you need to have a membership to read the article, but it is free to join. Here is the basics of the issues directly from the article:

Here’s the theory, briefly: Sales of men’s underwear typically are stable because they rank as a necessity. But during times of severe financial strain, men will try to stretch the time between buying new pairs, causing underwear sales to dip.

With what they say in the article that the sales of men’s underwear sales fell 2.3% for 2009. While next year the decline should only be 0.5% percent that goes along with other economic indicators saying the recession is coming to an end. Which to me is great news!

One of the most interesting pieces of information is the average guy buys 3.4 pairs of underwear a year. Well I know many guys on the site reading and working buy that in a week! I”m sure there are plenty of our readers who buy more then that. We have talked to some of the companies that we report on and some are doing really great in sales and others are not. I have yet to hear any underwear company that has gone out of business yet.

One of the brands we work with have said that underwear is that last thing their customers are cutting. They won’t go out and buy $200 pair of jeans, or a $150 shirt, but they will spend $25 for a new pair of undies. One thing that has me curious with the economy and all this is underwear is only seen by a select few, well for most folks. There is the whole, “don’t make it seem like you are spending money” mentality for those who have it and don’t want to flaunt it. I wonder if its the one thing guys can buy that people won’t notice. If you bought a $200 pair of jeans some people would notice. So, it makes me wonder!

We hope the economy turns around and we can report more on undies for you in the future. The trade show for underwear was this past week and we hope to see some great new undies for the fall coming out soon!